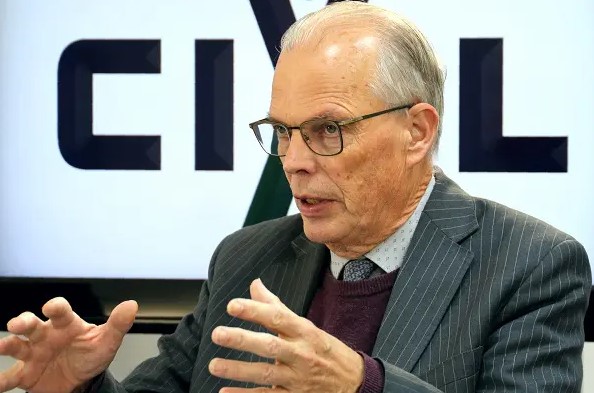 The former European ambassador in the country, Peter Vanhaute, on Facebook published "Open letter to the citizens of North Macedonia", which refers to the dispute between Skopje and Sofia and calls on the citizens to support the French proposal for starting negotiations for Macedonia's EU membership.

Here is Vanhout's open letter in its entirety:

"I am following the discussion between your country and Bulgaria with interest. Today, thanks to the French proposal, serious progress is possible. Yes, Bulgaria will respect the fundamental rights of Macedonians related to identity, language and culture. In turn, your country will finally be able to start the EU accession process. I respect the courage of your government to agree to the French proposal. And yes, this proposal is a compromise. As they would say in Belgium: "a compromise is good if both parties feel a little dissatisfied with the outcome". But this proposal allows you to finally start the accession process. The door is open, don't lock it again.

The EU is your future. The EU will open many opportunities for your economic development, for your future and the future of your children. Therefore, do not be afraid to make the right choice, but actively engage in the accession process.

I understand the nationalist outcry from some political parties. As an opposition, their role is to oppose – and let's be clear: it is always easier to oppose a government decision than to agree with it and support it. Playing on emotions in such cases is even easier. But don't do that this time: let's now focus on your country's EU integration and how we will all benefit from this. Let's choose the right priorities for our future.

And to the nationalist opposition: today North Macedonia is a true national state, with a specific culture, its own history and recognized official languages ​​and communities. Do not close yourself in the past, but engage in a common future. You deserve to become a member of the EU one day, the door is open, so please go!

And for the remaining issues between your country and Bulgaria, if there is a problem, there is also a solution. Keep talking to each other to agree on solutions and a way forward. Your government has many competent ministers who will continue to serve your interests. I am confident that they will deliver and actively engage in EU integration, together with the EU Commission and representatives of the EU member states," writes Vanhout.

Kiril Dojchinovski, one of the greatest legends of Macedonian football, has died