Vaccination with the third dose for health workers, caregivers in nursing homes and citizens over 60 years in Greece 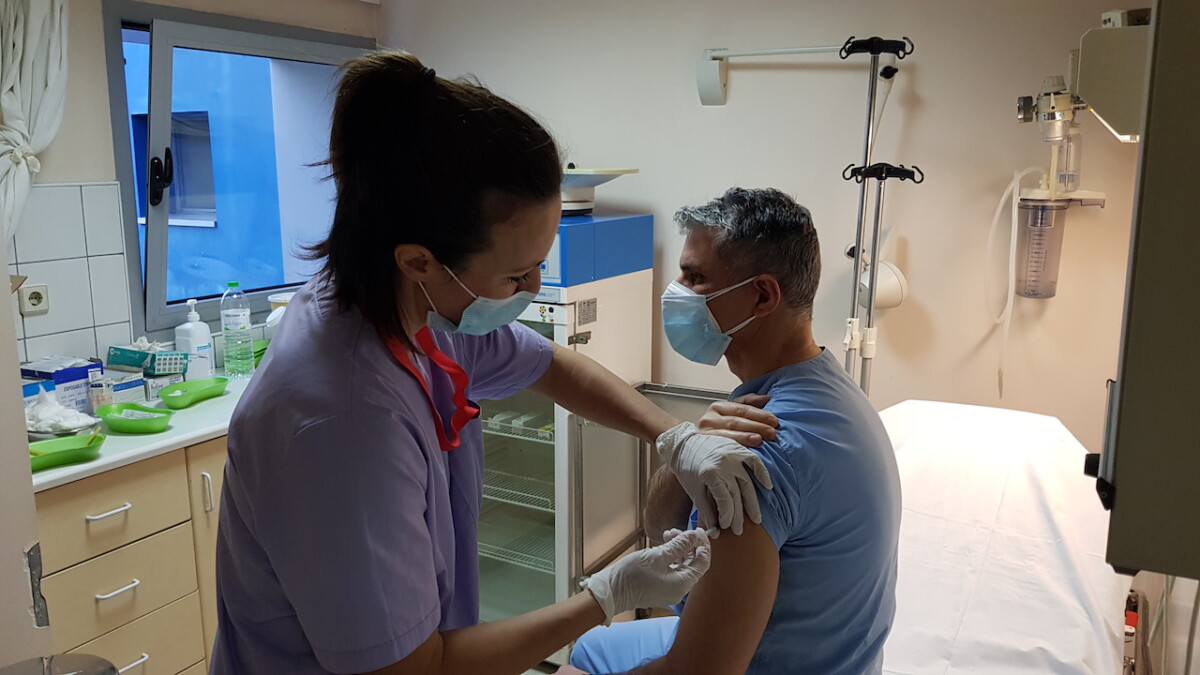 Home care for the elderly, health workers and people over the age of 60 in Greece will receive a third dose of the vaccine, said this afternoon at the regular press conference on immunization in the country, the chairwoman of the Vaccination Commission Maria Theodoridou and the Secretary General of the Ministry of Health of Greece Marios Themistocles, MIA correspondent from Athens reports.

The third dose will not be mandatory, it will be with the mRNA vaccine, six to eight months after the second dose.

The President of the Vaccination Commission Maria Theodoridou explained that the reduction of antibodies in combination with mutations were the main reasons for the Commission to recommend a third dose for specific categories, while the probability of receiving a third dose for all citizens, indicated that they expect the results of relevant studies. on this topic, so will further make decisions

Themistocles explained that at the end of this month, ie on September 30, the platform will be opened for scheduling an appointment for the third dose for people over 60 and for health professionals, if six months have passed since the second dose, and next week immunization will begin at home. for the elderly with the help of mobile units.

Regarding the immunization process in the country, according to the data announced by Themistocles, so far over 11.900.000 doses of the vaccine have been applied, 6.365.000 citizens have been vaccinated with one dose, ie 60,6 percent of the general and 70 percent of the adult population. .