Wiley arrives in Skopje: We set a goal with our teammates to bring Macedonia into the World Cup qualifiers 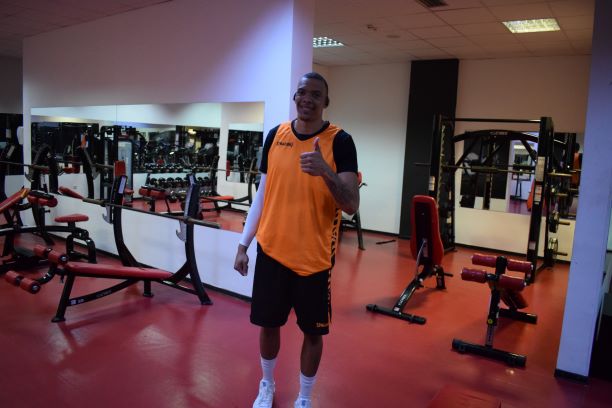 Daniel Jacob Wiley is back in Skopje. And most importantly, as he himself says, he is maximally ready to join the training process with his other national teammates.

- I said some time ago, I am slowly but surely becoming a "Balkan". Previously I got a Macedonian passport, now I will play for the team of Buducnost from Podgorica, it is quite close to Skopje, and I am sincerely glad that it is so. I decided to play for a team that has a great coach, the same roster, who always strives to be at the top of European basketball. We will play in the Eurocup, in the ABA League in the National Cup and Championship. These are a lot of obligations, but I am ready for the new challenge - said Wiley after landing at the Skopje airport.

- I met the guys well in the previous cycle, I do not see any problem with that. There are some new names, but it is important that we all be united, to create a great atmosphere that we had before in Perm. We also have a new selector, an expert team with whom I will discuss everything necessary to realize the planned goals. It is an important change, but it does not change my thoughts that border on being available to the team, the professional staff, all for a good result in those matches from the "bubble" in Skopje.
Macedonia is expected to qualify for the World Cup from August 12 to 18 and will play against Switzerland and Slovakia twice in Skopje.