MORNING BRIEFING Trajkoska: The citizens do not want empty words but they want clean air 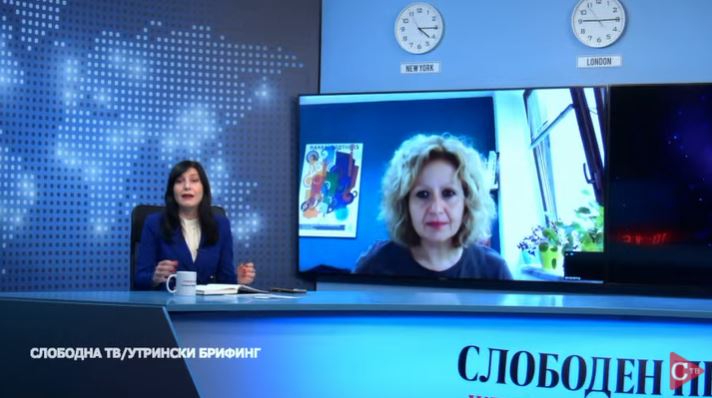 The debates in the pre-election and the rhetoric of the two leaders during yesterday's debate of the two leaders was the topic on which in today's morning briefing we talked with Janeta Trajkoska from the Institute for Communication Studies.

After a long period when we did not have any debates between the leaders of the major political parties, that changed with the arrival of Hristijan Mickovski at the head of VMRO-DPMNE. But Trajkoska says the rhetoric and behavior was similar to many years ago, with a series of mutual accusations and ignoring the host.

- Yesterday's debate showed that there is nothing new from the previous one, as well as a change from what we see every day on the news. It was a conversation of the deaf, which would promise more of something it could not fulfill, and generally the quality of the debate was low. The leaders of the parties should have spoken about the citizens and not about each other and insulted each other. Unfortunately, we did not see that yesterday, says Trajkoska for Utrinski briefing.

The candidates for mayors should also enter the debate, could a better and higher quality debate be expected here, we asked the communicologist Trajkoska.

- I expect the same quality of debate because the leaders determine the way an organism functions such as the parties. I would be surprised to see something different. I do not see the need for another duel of leaders because these are local elections in which we need to help citizens live better, I expect to talk about specific problems and prevent those things we face every day - dirt, lack of infrastructure … Providing humane life, said Trajkoska.

She estimates that there will be no clean and correct campaign.

- I think that what is worthwhile is to support one of the many independent lists that have emerged from civic initiatives. That means that the citizens want to get involved in solving their problems, says Trajkoska for Utrinski briefing.

Asked what is the reason for such a large number of independent lists and candidates for mayors, Trajkoska said that the main reason is dissatisfaction with politicians.

- Whoever comes, we do not expect changes. Maybe 4 years is not enough to do something, but the citizens are dissatisfied. We have had many civil protests in previous years. Perhaps the promises of the then opposition were raised to a higher level and then not fulfilled. This is an attempt to make a step against calculus and in favor of the civic interest, says Trajkoska and adds that these are independent, non-partisan people who have their own professions, but want to join the community to have a better life for themselves and their children. .

-Can contribute. There were also attempts to prevent the collection of signatures and to increase the threshold. The big political parties play on clientelistic relations with the citizens, but underestimate the citizens. Citizens do not want empty words and phrases but want clean air, trees, involvement in the processes at the local level. The big ones treat the citizens like a herd only because they think that the citizens will have personal benefit. But that time passes. The green agenda is our priority and that is why the greens are the most numerous among the independents. "I think the parties will be unpleasantly surprised and the citizens pleasantly surprised," Trajkoska told the Utrinski briefing.

She urged the media to be more critical and to seek content from politicians, not just quarreling and retelling what happened 5 or 10 years ago.