MORNING BRIEFING Stojanovska: VMRO-DPMNE is not against the law on non-working week 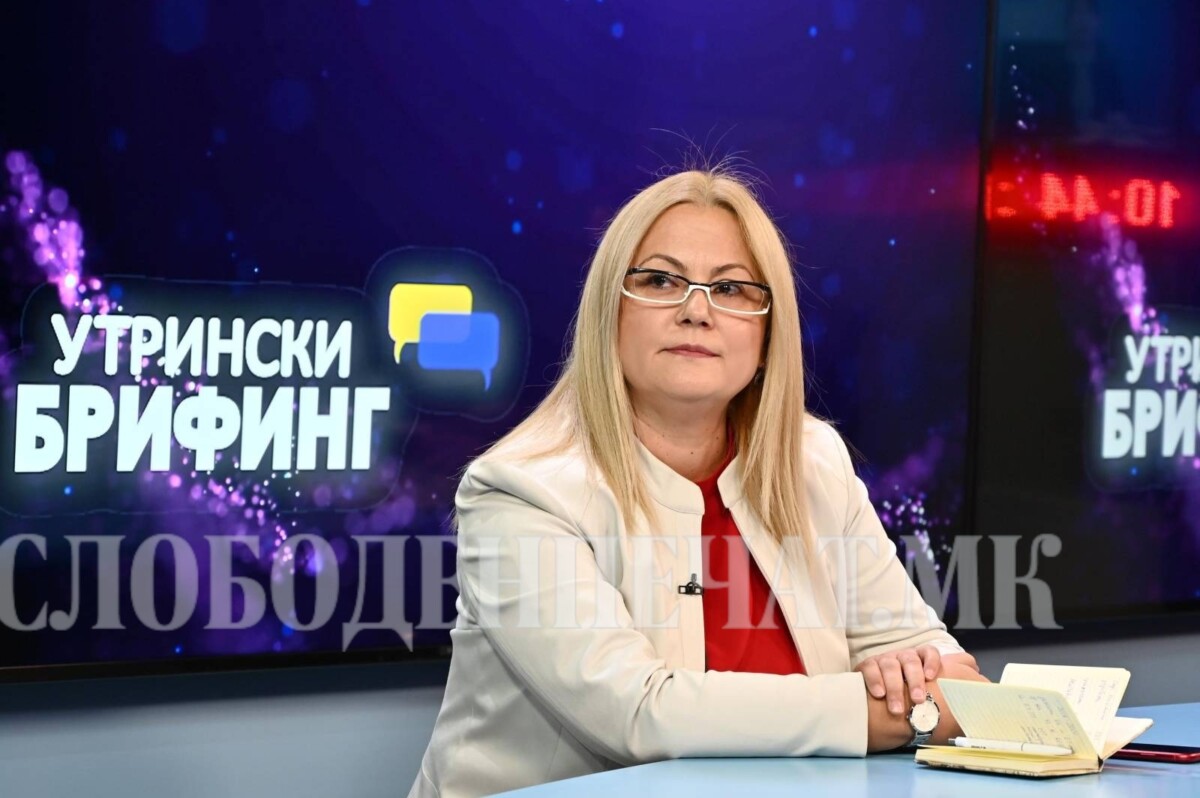 Last week was stormy in the Parliament, with many quarrels, but also blocking of certain laws. The session scheduled for Tuesday was postponed, and there are only a few days until the start of the local election campaign. On topics related to the work of the Assembly in the morning briefing we talked with Dafina Stojanovska, MP from VMRO-DPMNE.

According to the information that the MP received from the Assembly, there will be no possibility to hold a session before the start of the campaign for the local elections, but the education commission will work.

- The Assembly is stormy last year and this term. "I would direct this chaos to the majority, I do not know if the fault lies with the slim majority of the government, and it is not good for them to use the pandemic as an excuse or to shift the blame to the opposition," Stojanovska told Utrinski briefing.

Minister of Labor and Social Policy Jagoda Shahpaska in today's guest appearance at the Morning briefing said that the Law on Sunday to be a non-working day was blocked by the parliamentary group of VMRO-DPMNE which chairs the relevant commission.

-According to the Rules of Procedure, the MPs use vacation, and the law was submitted during the vacation. We do not block the law, but no one predicted that the tragedy would happen in Tetovo, and we asked for information from the minister about the part of her work, ie where she is to blame for what happened on September 8. We are not against the law, but the public should know that there are over 40 exceptions, so it does not cover all. If they had honest intentions, they had time to discuss the law. But after September 8, we wanted a report on the modular hospitals, says Stojanovska for Utrinski briefing.

She complained that their amendments were rejected because they wrote the name of the country as they wrote it.

- Our position is clear, that name can be used in international documents, and we have written it like this before, says Stojanovska.

- We do not block, we say our voice, we convey what comes from the people, who not only die but also have no money to survive. "I expect the majority in the parliament to get another dimension after the elections, ie that the government will lose the majority," Stojanovska told Utrinski briefing.

VIDEO | Arsovska from Lisice: The people of Skopje will choose a man who will represent everyone for a better life