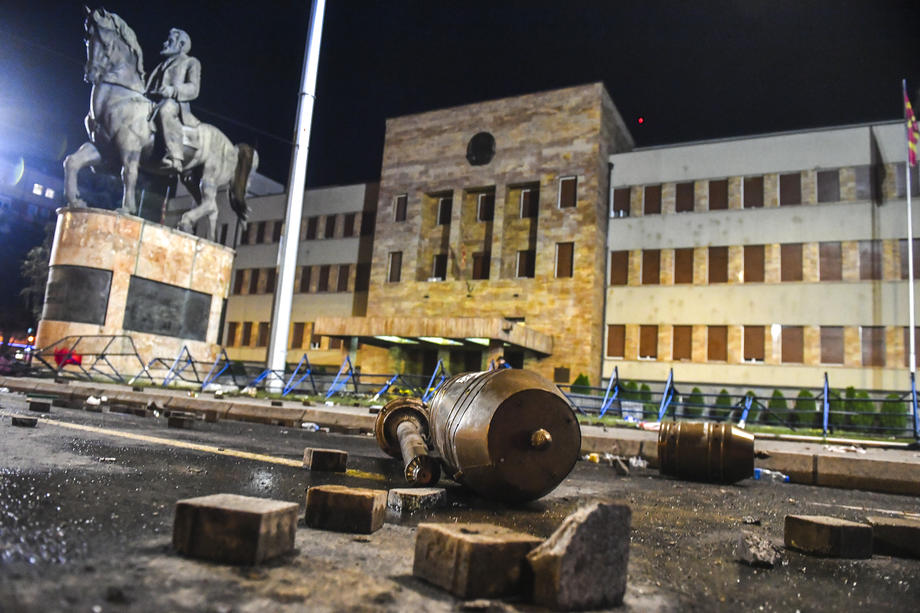 In the Basic Criminal Court Skopje, as informed by the Court, the main hearing was held today for a case against six persons accused of the crime - Participation in a mob that will commit a crime under Art. 385 paragraph 2 c.c paragraph 1 c.c. art. 22 that took place on 05.07.2022/XNUMX/XNUMX in front of the RSM Assembly.

- All six defendants arbitrarily admitted their guilt for the crime they were charged with, and after assessing all the mitigating and aggravating circumstances, the court issued a first-instance verdict in which four of the defendants were given alternative measures - Conditional sentence of two years in prison which sentence will not be carried out if they do not commit a new crime in the next four years, and two of the defendants, who turned 18 just before the event, were given an alternative measure - a conditional sentence of one year in prison, which will not be carried out if in the following they have not committed a new crime for three years, and at the same time a measure of intensified supervision has been determined for them, informs the Basic Criminal Court Skopje.

Against these verdicts, in the punishment section, the convicted have the right to appeal before the Skopje Court of Appeal.

A suspected pedophile from Bitola was arrested, he attacked a child in his home