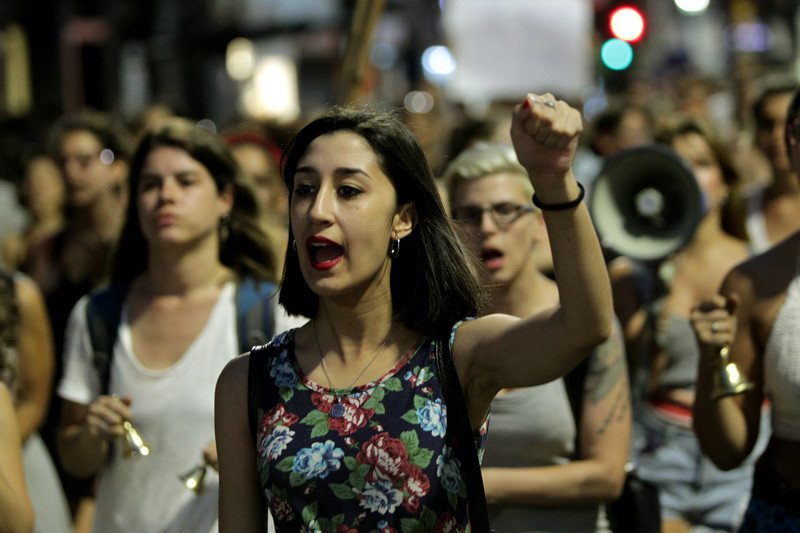 Thousands of women protested in downtown yesterday Montevideo against sexual violence. They condemned her "The culture of sexual abuse" in Uruguay after a 30-year-old woman was gang-raped.

Shouting "No, no", "This is not a presumption, this is rape" and "Let it burn", the participants in the protests organized by feminist organizations across the country, a large march has begun in the capital following several cases of sexual violence in recent days.

A woman reported that she was raped by a group of men in an apartment in Montevideo, where she had previously gone with one of them after a meeting in a nightclub and with whom she had sexual intercourse by mutual consent. But then at least three other people came to the apartment and raped the woman with the complicity of the man with whom she initially went to the apartment.

The rape was confirmed during a medical examination. DNA tests have been ordered to confirm the responsibility of the alleged attackers, who have been summoned to court.

The culture of rape is to constantly say that men have "needs" or "sex drive" that they can not control. "Every day we are confronted with words that emphasize fear, silence and suspicion," feminist organizations said in a joint statement, calling for better sex education and concrete action by the state to protect women.

Pentagon sharply towards Moscow: Russia has no right to decide on Sweden and Finland

Stoltenberg: NATO enlargement with Finland and Sweden will be of historical significance