Hilarious video: A gorilla in a zoo put on a show for visitors 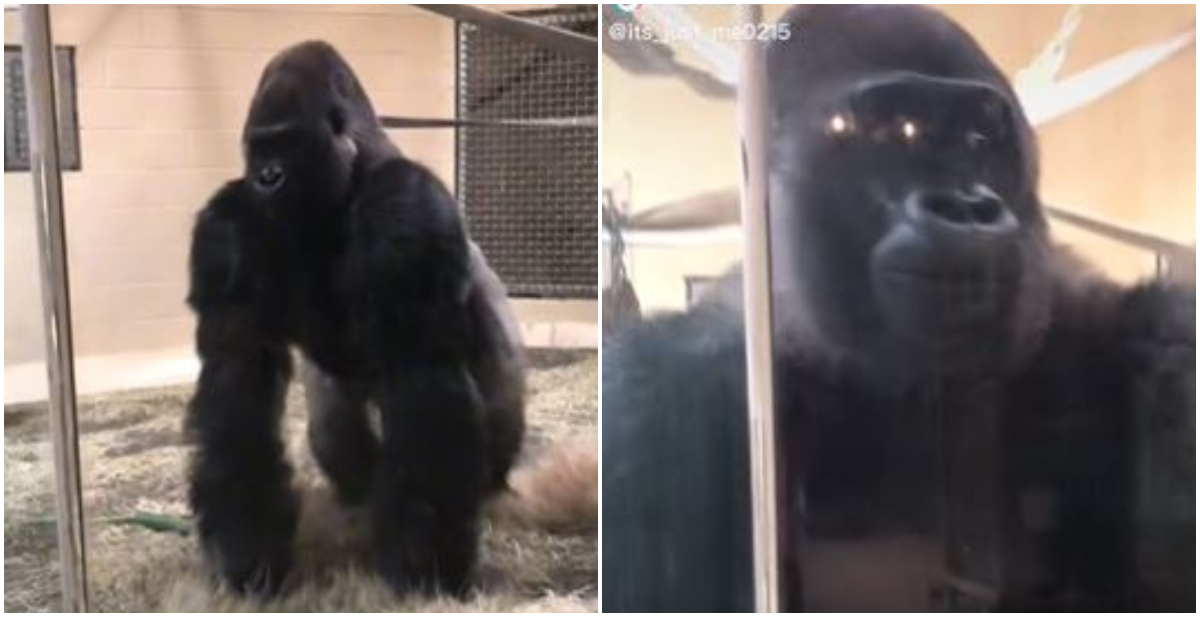 A visitor to the zoo she was overwhelmed by the reception when the gorilla surprised her with a Hollywood star-style intrusion.

Tina Flick on TikTok posted a video of the gorilla's unexpected intrusion through the opening, which slid across the floor all the way to the glass, in front of which the surprised visitor found herself.

To make the impression complete, the gorilla turned his back and walked towards the opening with attitude, but did not forget to turn once more and give the group of visitors an important look.

Laughter can be heard on the video, and the TikToker says she was scared. The video went viral, garnering over a million views and over 10 million likes.

"Well that's how you get in," one user commented, while another added: "He's even laughing, he's done this before."

After the video went viral, it was revealed that it was a gorilla named Kenzo, an agile 26-year-old gorilla at the Columbia Zoo, a city in South Carolina. Kenzo liked to rest and eat fresh fruits and vegetables, and as we could see, he likes to look his best.

Expert tip: Don't wake your pet while they're having nightmares

The love affair between these two zodiac signs has no future

Former member of the Church of Scientology: They did everything to separate Tom Cruise and Nicole Kidman

PHOTO | Camila Morone in a revenge dress: Has the model gotten over Dicaprio?

Tom Hanks: I've done a bunch of movies, and only four of them are pretty good