Ukraine: The fight for Donbas will decide the fate of the country 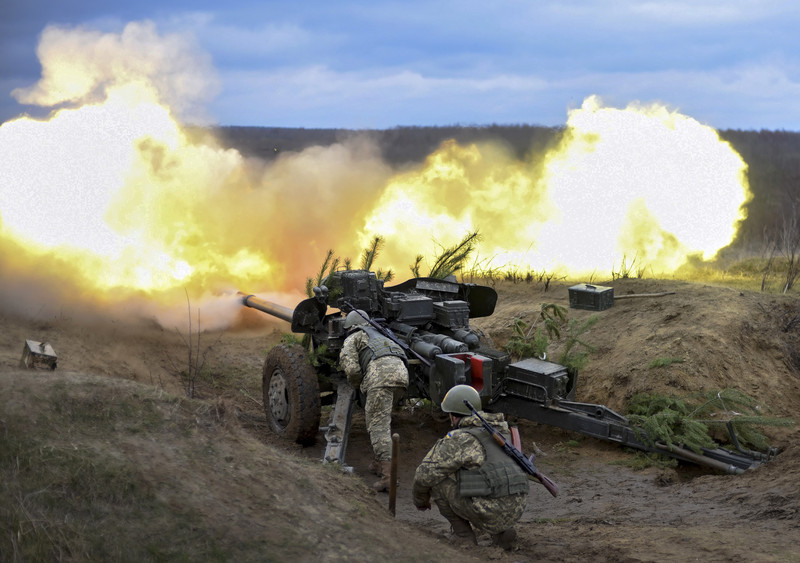 Ukraine says Russian forces are trying to encircle its troops in the eastern Donbas region ahead of potentially decisive battles that represent the most intense fighting in the three-month war between neighbors. Телеграф.

The Ukrainian Defense Ministry said Russian artillery was attacking residential areas in Donbas as its forces tried to surround Ukrainian units around the towns of Severodonetsk and Lisichansk, but insisted that any withdrawal from the area was a tactical and temporary move.

Fierce fighting in Donbas continues as Western powers express revolt over a Russian naval blockade of Ukrainian ports in the Black Sea, and the president of the European Commission Ursula von der Layen accused Moscow of "using hunger and grain to seize power."

"In general, the actions of the Russian army show that Russia is preparing for a long-term military operation. "We are now witnessing the most active phase of the full aggression that Russia has launched against our country," said Ukrainian Defense Ministry spokesman Oleksandr Motuzyanik.

He described the situation in Donbas as "extremely difficult, as the fate of this country is now being decided".

Ukrainian officials say Russia has not yet made a strategic breakthrough in Donbas, although Moscow has called the "liberation" of the region its new goal after its forces failed to capture Kyiv and Kharkov, Ukraine's two largest cities.

"The enemy has directed its offensive efforts to encircle Lisichansk and Severodonetsk," said Serhiy Haidai, governor of Luhansk province, which with neighboring Donetsk forms the industrial and coal-rich area known as Donbass.

The all-out invasion of Moscow was most successful in southern Ukraine, where Russian troops now control Mariupol and much of the Kherson region, creating a land corridor between the Russian border and Crimea, the Black Sea peninsula annexed by Russia in 2014.

The bodies of the dead are still found in Mariupol. Petro Andriushchenko, an aide to the Ukrainian mayor of the city, said yesterday that about 200 bodies had been buried in the rubble of the basement of a high-rise building.

"In Ukraine, the Kremlin army is seizing supplies of grain and machinery, and Russian warships in the Black Sea are blocking Ukrainian ships full of wheat and sunflower seeds," von der Layen told the World Economic Forum in Davos.

According to the US State Department, Secretary of State Anthony Blinken told Ukrainian Foreign Minister Dmitry Kuleba that "the global food security crisis resulting from [Russia's] brutal war requires a global response, and they discussed potential means of exporting grain to Ukraine on international markets.

Kuleba wrote on Twitter: "Russian thieves are stealing Ukrainian grain, loading it on ships, crossing the Bosphorus and trying to sell it abroad. I call on all states to remain vigilant and reject any proposals. "Do not become accomplices to Russian crimes."

Russian mass attacks on Donbas - Russia sends thousands of troops to occupy Luhansk, "Is a new Mariupol in sight"