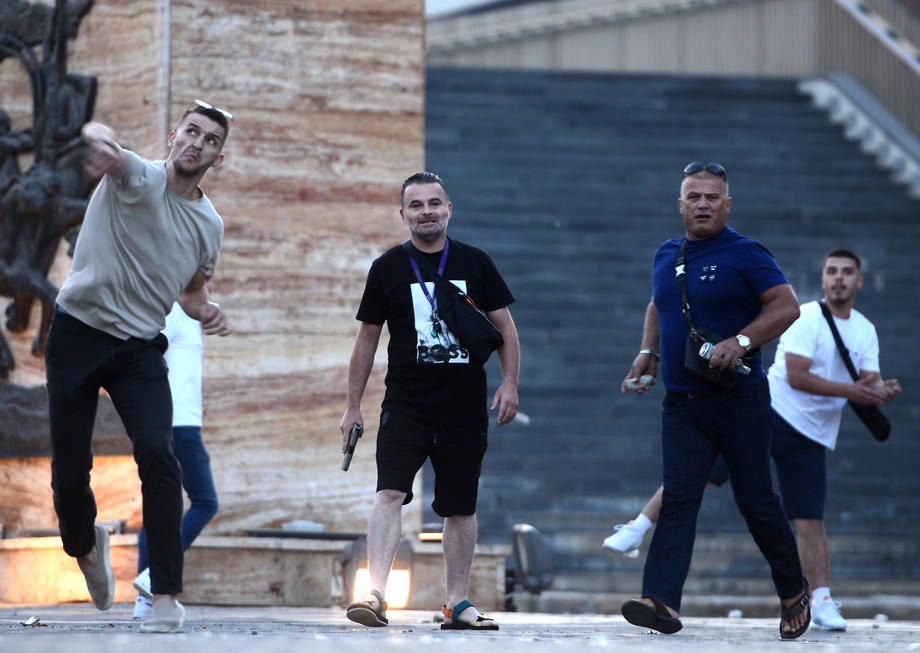 The person who the leader of VMRO-DPMNE Hristijan Mickoski points out that there was an attempt to kill him, was detained at the police station, the Ministry of the Interior told MIA.

"E.J. was detained at the police station, and shell casings were found at the scene. After documenting the case, an appropriate submission will be submitted against him," the Ministry of the Interior announced, without revealing additional information about the case.

At the crossroads in front of Skanderbeg Square at the entrance to the Old Skopje Bazaar, a serious incident occurred between the protesters and a group of people who came from the direction of the Old Skopje Bazaar, and eyewitnesses claim that shots were also heard. The police intervened and separated the groups, preventing a possible major incident.

Mickoski posted a photo on Facebook tonight showing several people, pointing out that one of them should have killed him.

– This is the man who was supposed to kill me tonight. I demand that he be immediately detained by Spasovski and the Ministry of the Interior, Mickoski wrote in the post.

Part of the media reported that the man in the photo is Zufi Coca, member of the Alliance for Albanians and brother of the current director of Communal Hygiene, Zudi Enuzi Koka.

The protest march held under the motto "Ultimatum - No thanks" started in front of the Government, from where the demonstrators headed to the Ministry of Foreign Affairs, and then continued in front of the Parliament.