Tuchel on the "clinch" with Conte: We are emotional coaches 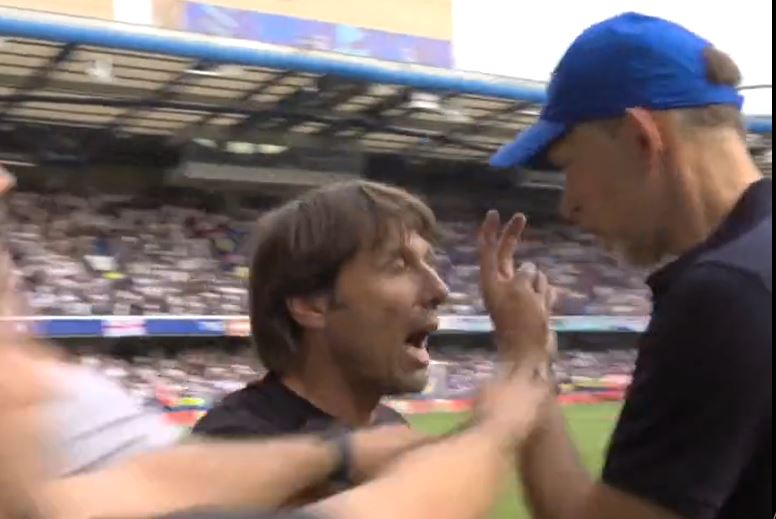 In the clinch Tottenham and Chelsea managers/Printscreen/Twitter

Chelsea and Tottenham players drew 2:2 in the second round of the Premier League, and the match at Stamford Bridge was marked by a clash between the managers of both teams, Thomas Tuchel and Antonio Conte.

The first "close encounter" Tuchel and Conte had when the Italian got in the face of the German during the first goal of Tottenham, and the conflict continued after the end of the match.

Things got HEATED between Thomas Tuchel and Antonio Conte after a dramatic 2-2 draw between Chelsea and Tottenham. 👀pic.twitter.com/qmKs1cUfpk

During the greeting after the end of the game, Tuchel shook Conte's hand, wanting to explain something to him, but fortunately, people from both teams reacted immediately and prevented a more serious incident.
After the match, Tuchel gave his version of events.

– When you shake hands, I thought we should look into each other's eyes. Obviously we had different opinions about it, that's why it was so emotional. He was happy when Tottenham equalized and it all took on a bigger dimension. This is the Premier League, and we are emotional coaches - Tuchel said.

For the "close encounter" after the end of the match, Conte and Tuchel received red cards.

– Red cards? It wasn't necessary, but a lot of things were weird. Another poor decision by the referees to our detriment.