Trstena: Dejan may be the first Olympic champion from Macedonia in the 21st century 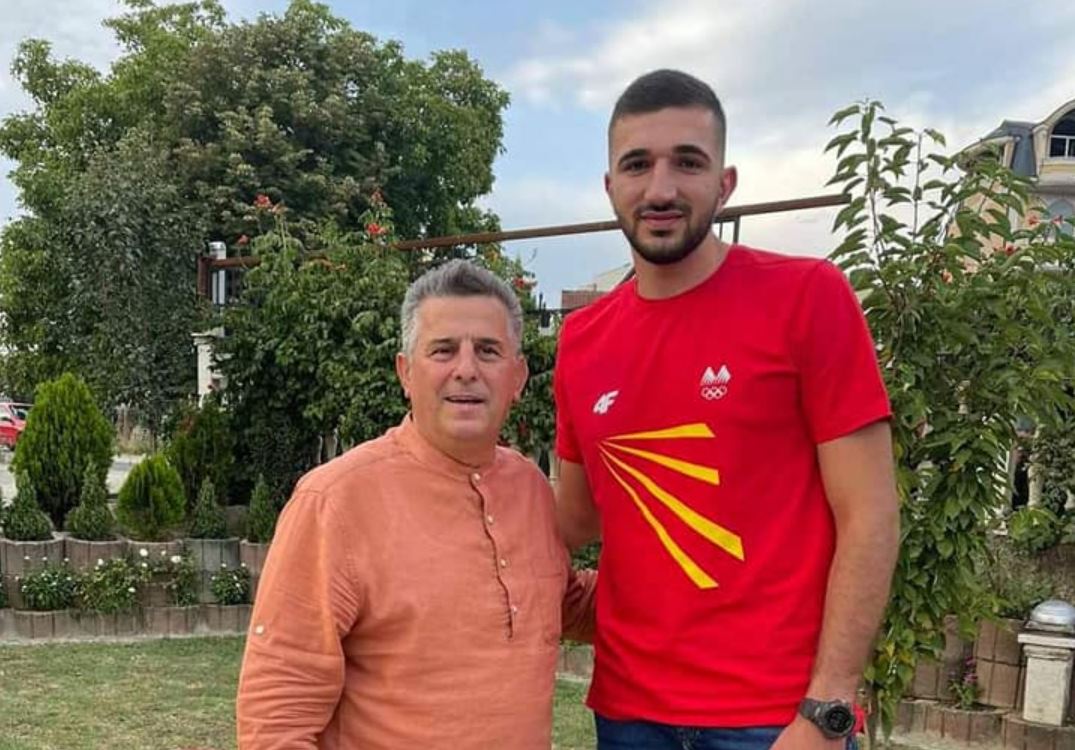 Georgievski shows respect to Trstena, our wrestler who won the gold medal at the Summer Olympics in Los Angeles. Four years later and silver at the Seoul Games.

And Georgievski has the same dream, winning gold who wants to do it at the next Olympics in three years in Paris.

- Well done to a young champion with a high sports character, who knows how to respect the old Olympic champion. We talked about a lot of things in sports, I said champion do you know, are you aware of the results achieved by your sport taekwondo in a short time. With your coach Darko you trained very hard, in every hour, day and night, just to be well prepared for every opponent in the Olympics.

Here is champion Dejan, you go to the Olympics with your sweat and pride and you come back with great pride with the Tokyo Olympics. Write your name in golden letters in the history of sports and Macedonia and the Olympic Games. Unfortunately, there are many sports that for decades have failed to reach even the Olympic norm.

Candidates for Paris 2024: Dodevski and Georgievska with medals at the President Cup in Istanbul

But you do not have to stop here, because your opponents do not sleep, as they train and prepare for the Olympics in Paris, even more Dejan you have to work to beat them all to confirm this great sporting feat.

We put the three Olympic medals on our rich sports table, so that all other young athletes know that we have spent a lot of sweat for these medals, we have gone through many difficult moments and sufferings, each in his own time, but in the end there is no better feeling than this, when you win what all athletes dream of in their lives, Olympic medals! But, no matter how great the success, there must be no satisfaction with this medal.

After three years in Paris, we all want to see our young champion climb the Olympic pedestal. Of course, I will be the first to congratulate him if he manages to repeat my feat at the Olympics, as the only athlete from Macedonia with an Olympic gold and silver medal.

I have nothing else to say, it is only three years until Paris and that is why Dejan Champion, there is no stopping for you. I know best what it is like for the public to expect gold from you, that hard and hard trainings are waiting for you, a lot of sweat, many sleepless nights, many victories, maybe some defeat, but I will wait for you as an old champion, until then if my health serves me I will turn 59 years old. Dejan remembers, you can make the biggest success in your career and be the first Olympic champion from Macedonia in the 21st century. With much respect from your athlete and friend - wrote Trstena.