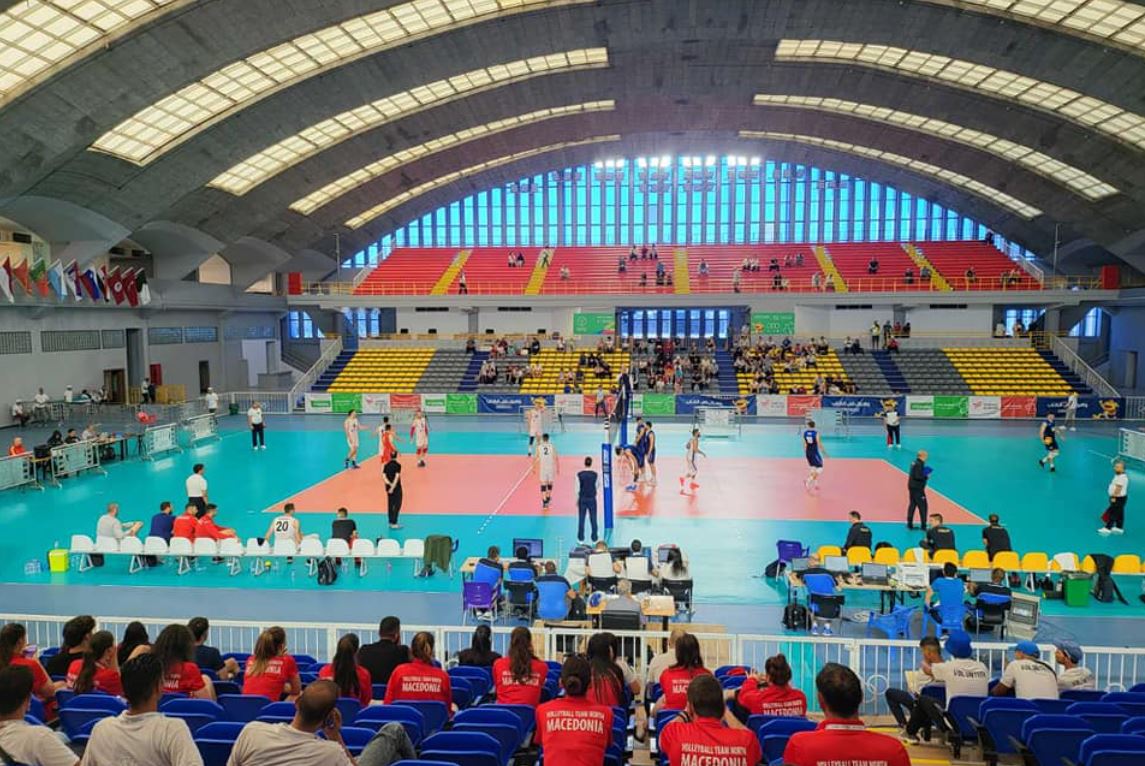 Macedonia is performing at the Mediterranean Games in Oran with 70 athletes/Photo: Macedonian Olympic Committee

The wrestler from Vardar, Mogamedgadzi Nurov, won the gold medal in the last seconds, and the other naturalized wrestler Vladimir Egorov, who is a member of Balkanec from Shtip, won a bronze medal, and two months ago he won the European gold medal.

Trstena is not happy that the other Macedonian athletes in Oran failed to win one of the medals.

Macedonian karate players Petar Zaborski, Simona Zaborska and Petar Spasenovski were eliminated at the start. In judo, Edi Sherifovski lost in the first elimination round, while Andrej Chakarovski reached the rematch, but failed to reach the fight for bronze.

Athlete Drita Islami in the 400 meter hurdle race (fifth place) failed to qualify for the finals, while Jovan Stojoski (400 meters) was fourth in the qualifying group with a slower time.

- After that success, it would be a shame and a big sporting failure at the Mediterranean Games if the European champion was left without a medal. However, thanks to God, Vladimir Egorov fought for a medal until the last seconds with a big heart and managed to win the bronze medal. But unfortunately, on the other hand, and A HUGE shame that out of the IOC (Macedonian Olympic Committee) delegation of 114 people, of which 70 athletes, none other than Macedonian athletes were able to win a single Mediterranean medal, and a large number of them did not even pass the eliminations. Besides the naturalized wrestlers who brought us two medals, only the handball players justified their participation.

Me as a Macedonian athlete, as an Olympian, European, world, Balkan champion and winner of three Mediterranean gold medals three times in a row, I wonder publicly, do you others love your homeland and your nation? You know that with the sweat of the people and the motherland, you receive 365 days of support from the Sports and Youth Agency, some of you receive degrees and plus other benefits, that the 15 million euros that go into sports are the people's tax money or sports vouchers federations, clubs and for Macedonian athletes, just for you to train and make your people happy by winning medals, in this case from the Mediterranean Games. But unfortunately, many of you are not interested in making sacrifices for success, for you as well as for the IOC, the old motto is still the most important, it is important to participate, not to win.

My Macedonia, although this small country of ours, I would say strange, in its history we have won many medals with our Macedonian wrestlers, since 1951, when the first Mediterranean Games began, our Macedonian wrestlers have won 8 gold medals, 13 silver medals and 11 bronze medals until 2018. Ace Yordanov, Dobri Marinkov, Sefer Saliovski, Risto Darlev, Shaban Sejdiu, Koce Evremov, Kiro Ristov, Abaz Emini, Zoran Shorov, Mirko Dimchevski, Dejan Bogdanov, Jasin Regzelari, Boban Danov, Dejan Mitrov and others.

Imagine where we were and where we are now. This is sad and regrettable, we lost this wrestling sport that was once the pride of our people, because with our wrestlers we won everything that can be won on five continents, from Olympic gold to the Mediterranean Games.

Once again, as an Olympic champion, I ask.. When will a Macedonian athlete from Visti be born, a champion from this small country such as European champion Emil Pavlov in karate, Dimitar Gjorgjiev, world champion in kickboxing and the young champion Dejan Georgievski, who wrote sports history last year at the Olympic Games by winning the Olympic silver medal in taekwondo.

It really is a great pride for our people and for everyone in the country. We were all born here, we eat Macedonian bread, we train here, we studied here, in a word, on this small piece of land we started sports and did our best, we fought with the heart of a lion and it is no coincidence that we brought many world medals. We fought with a great desire to win, so that the people and the homeland could rejoice with our victories at the Mediterranean Games. I am optimistic and sure that in the last days of the Mediterranean Games, Dejan Georgievski will do his best to make the people happy with a medal. Come on, champion Dejan Georgievski, give your best, fight to the last atom to win a golden Mediterranean medal - it is in Shaban Trstena's post on "Facebook".