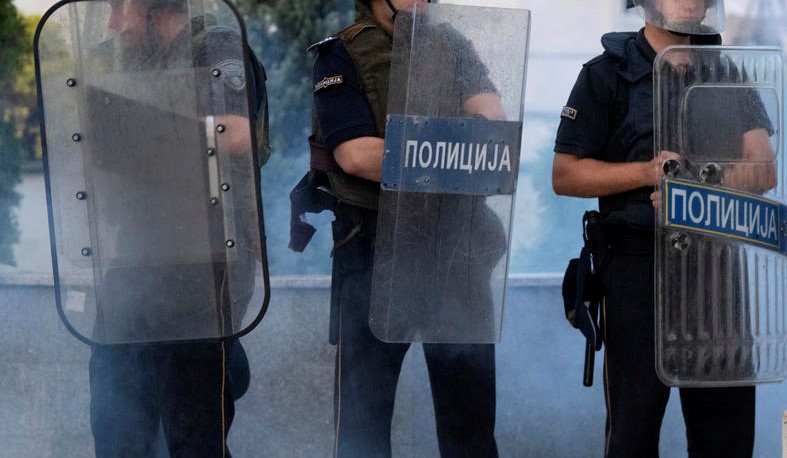 In the special hospital for surgical diseases "St. Naum Ohridski" (former City Hospital) admitted three slightly injured policemen from the protests that took place in front of the Parliament tonight, the director of the hospital confirmed for MIA. Nermin Shaqiri.

- Since the x-ray machines are not working, they were sent to the Clinical Center for imaging, but they have no serious injuries - says Shaqiri.

Earlier, police officers told MIA that in addition to the three injured members of the Ministry of the Interior, a police vehicle was also damaged, and the security house of the Parliament was completely destroyed.