Three people have died in forest fires in Turkey, dozens of villages have been evacuated 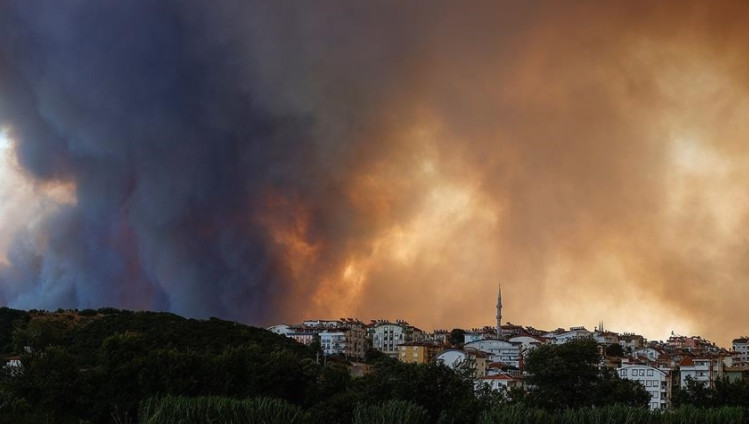 Three people died in shmind fires in near tourist sites in southern Turkey, and dozens of villages have been evacuated, Turkish media reported.

Fires in the forests of Manavgat, Alanya, Adana, Mersin, Bodrum and Marmaris, near resorts in southern Turkey, have spread rapidly to populated areas due to strong winds.

The first fire broke out on Wednesday in a forest near Manavgat, in the province of Antalya, and spread to nearby settlements.

Authorities evacuated dozens of villages as fires spread. A hotel in the tourist resort Bodrum has also been evacuated.

A total of 122 people were admitted to the hospital, mostly residents who suffocated in the smoke and three who suffered burns. 58 people are still under medical supervision.

More than 4.000 firefighters tried to bring the fire under control with the help of helicopters and planes.

The Russian embassy announced on Twitter today that three Russian firefighting planes were involved in extinguishing the fire.

Temperatures of almost 40 degrees Celsius and wind blowing at a speed of 50 kilometers per hour contributed to the spread of the fire.

"Citizens affected by the blaze will receive all necessary assistance," said Turkish President Recep Tayyip Erdogan, announcing an investigation into the blaze.

Minister of Environment Murat Kurum pointed out that they are the mobilized state funds.

Is Putin taking revenge on Europe through gas?

Biden: There will be consequences for the police officers who attacked the migrants

VIDEO: Hosts fired in the middle of a show after learning they were positive about coyote

German millionaires transfer assets to Switzerland: "It is a warning to the super-rich"

The US House of Representatives has passed an abortion bill, the Senate is likely to overthrow it