Trajanov, Morachanin and Milevski told Pendarovski why they did not accept the French proposal 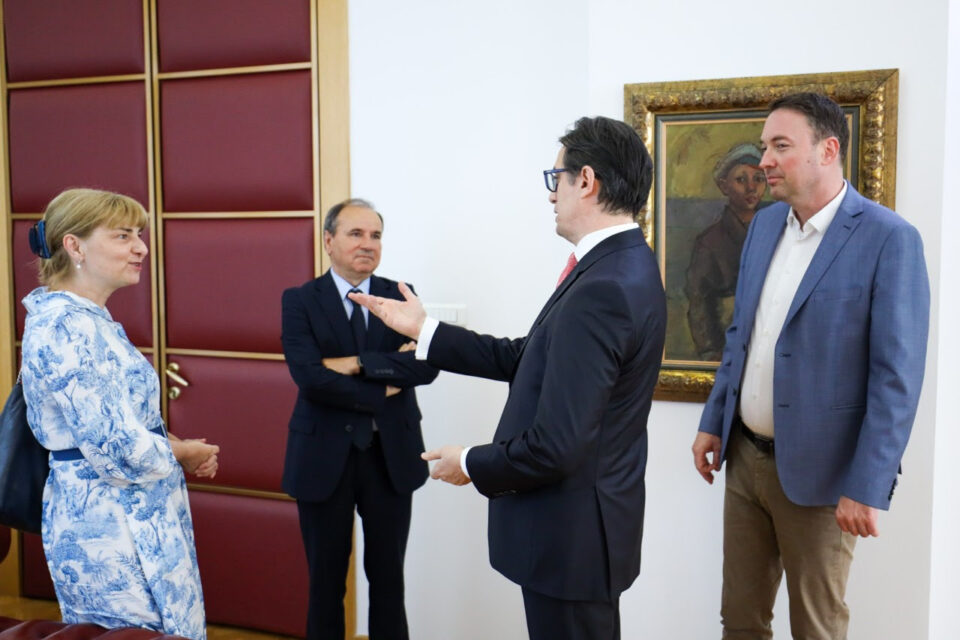 Photo: Office of the president of RSM

At the meeting, as announced by Pendarovski's Cabinet, Morachanin, Trajanov and Milevski explained the party's views on the French proposal and highlighted their concerns.

At the meeting, they discussed the current political developments in the country and the modified proposal of the French EU presidency for the start of accession negotiations with the European Union. The leaders of the three parties explained the party's views on the French proposal, and highlighted their concerns regarding it, informed in a statement from the Office of the President.