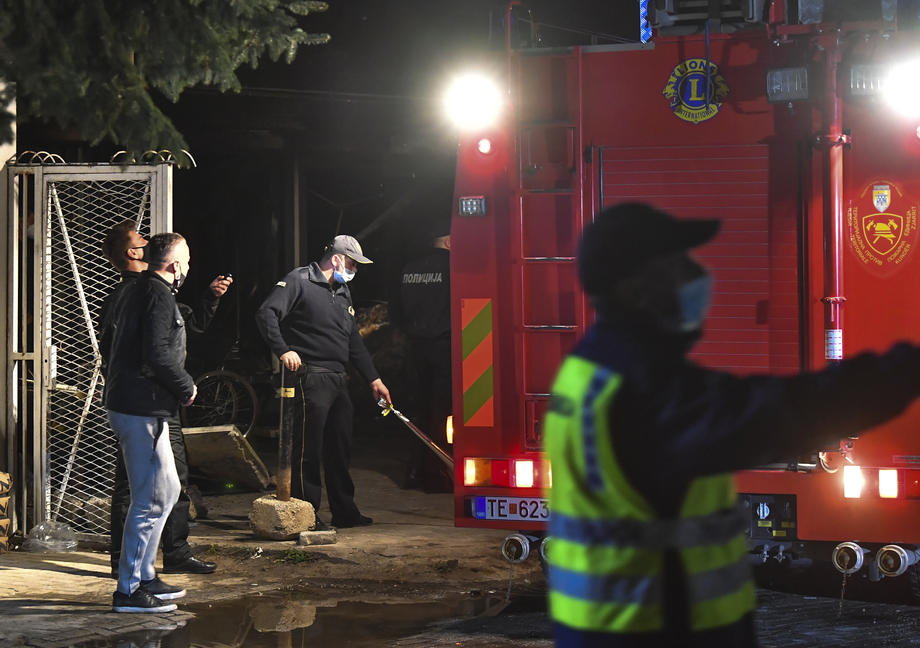 All patients who survived last night's tragedy when in a fire that burned to the ground the Tetovo modular hospital, were saved thanks to the medical staff, says for "Free Press" Dr. Ilber Besimi from the Tetovo hospital, who is also vice president of the Medical Chamber.

"Free Press" finds out that the exact number of patients surviving after last night's fire that broke out in the modular hospital is 12 and all are hospitalized in the hospital in Tetovo.

Initial official information from the Ministry of Health is that there are 10 dead so far, but unofficially, that number is higher.

At 21:30 pm last night, it was reported that the modular hospital in the Tetovo Medical Center was on fire. The crews arrived on the field in a few minutes with 21 firefighters and five vehicles. The flames are localized at 30:XNUMX p.m.

The bodies of the victims were transferred to the Institute of Forensic Medicine in Skopje who suffered in the tragic event that upset the public. Their autopsies will take several days, because these are complex procedures that require a larger team.

Five public prosecutors will determine the reasons for the accident that took human lives.

VIDEO | Details of the fire in Tetovo: Over 30 firefighters with 7 vehicles intervened, the dead patients were taken out