Tragedy in Pakistan: A father burns his daughters because one of them married against his will 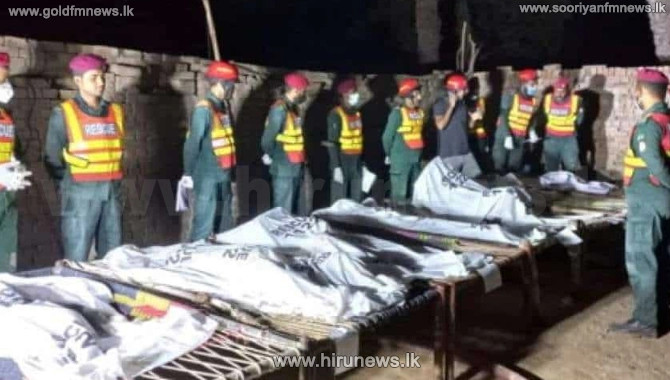 A father in Pakistan is suspected of killing his two daughters and their four children by setting fire to their house because one of the daughters married against his will.

Police are searching for Menzour Hussein after he allegedly set fire to a house shared by sisters Fauzia Bibi and Kurshid May in a village in central Pakistan. Kurshid's husband was also killed in the fire, reports CNN.

Fawzia married Mehbub Ahmad out of love less than two years ago, against the will of her father who arranged for her to marry another man.

Fauzia's husband, Ahmad, told police he was not home at the time of the blaze and found the house on fire when he returned from work early in the morning, according to a police statement.

Hussein is on the run after the crime.

A man allegedly set on fire his daughters' house in a village in #Muzaffargarh district of central # Pakistan, killing them and their four children because one of the women married against his wishes, police said. pic.twitter.com/lgyErULsjX

The fire killed his daughter Fauzia, her four-month-old son, another daughter Kurshid, her husband and their three children - aged two, six and 13. The only surviving member of the family, Fauzia's husband, Ahmad, has filed a lawsuit against his father-in-law and son Sabir Hussein.

Ahmad says he avoided the killing because he was on a business trip at the time of the tragedy, local media reported. He told the police that he saw the father and son fleeing after the incident, "Independent" reports.

- I was at work in Multan. When I came back and was near the house, I saw that it was burning. Manzur Hussein and Sabir Hussein fled the scene, Ahmad told police.

Police said firefighters pulled seven bodies from the house and sent them for an autopsy.