Total chaos in the Macedonian swimming: The operation of the swimming pools in the country is disturbed 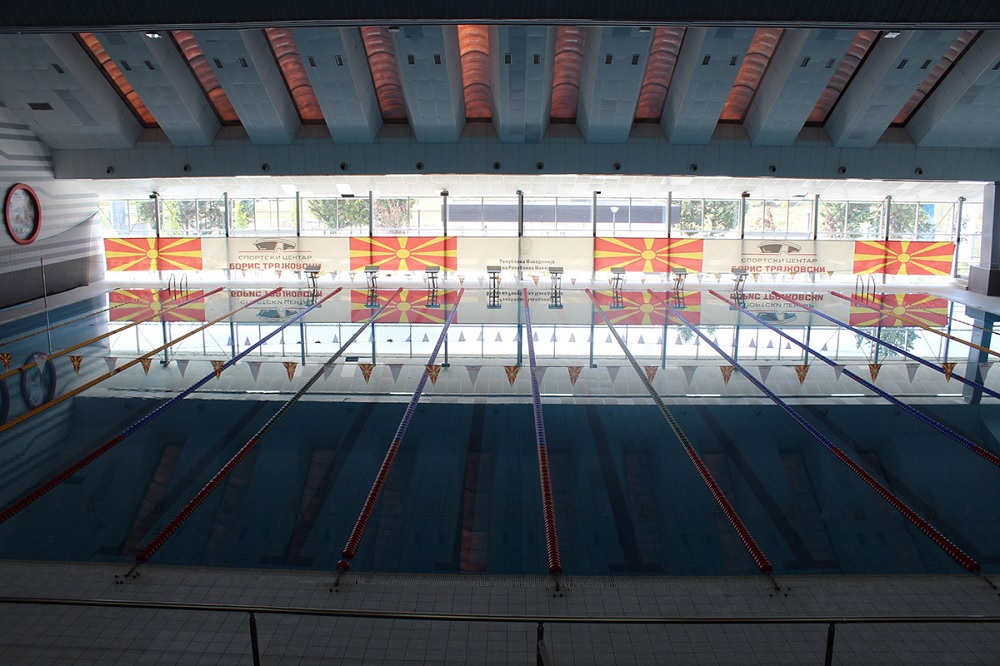 About 500 swimmers from Skopje, who trained in the pool "Boris Trajkovski", their training process was drastically disrupted due to non-operation of the facility. The big Olympic riverbed is not in operation, and the pool in Kumanovo is not working either. It all happens when swimmers prepare for the World Cup.

Swimming in Macedonia is currently in complete chaos due to the non-operation of the pools and the inability to perform a normal training process. This is a rating of the president of the National Swimming Federation Goran Stojanovski, who was recently elected to that position at the Extraordinary Electoral Assembly by an overwhelming majority of votes from the clubs.

From today "Boris Trajkovski" swimming pool does not work due to a defect, and it has not been working for a few days the pool in Kumanovo. It is the only function in the country the small trough of the Olympic pool in Skopje, which can not even remotely meet the needs of swimmers left stranded. According to Stojanovski, the swimming federation is making efforts in contacts with the Agency for Youth and Sports, the Olympic Committee, some ministries, and even through Prime Minister Dimitar Kovacevski. There is good will, but the solution is uncertain.

- We received information from the authorities that in order to solve the problem with the pool "Boris Trajkovski", it will take 10-15 days. Our swimming sport can not endure that period without training. It is known that a 15 day break in swimming, then can not be compensated in a year. We have a serious problem. The national team that is preparing for the World Cup in Japan in May is also left without a training process. The damage is huge - says Stojanovski.

All the clubs called me to find a solution. I made contacts with the Prime Minister and the competent ministries. This is a serious problem, adds Stojanovski.

In Skopje, 500 swimmers from thirty clubs are left without a training process. The authorities promised to help, but how and when the help arrives remains with them. We met the AMC and the IOC, and even the Prime Minister, who at times when there are very important issues, called and became interested in the problem. There are hints that efforts will be made to overcome the problem - says Stojanovski.

He sees salvation in activating the big Olympic trough, the use of which would alleviate or solve the problem.

- But let us not forget that the Olympic pool is operated by a private entity - says Stojanovski, who at the moment could not confirm whether with the help of possible subsidies from the state, the concessionaire of the pool would agree to put the large trough into operation.

- The small Olympic trough is used by about one hundred or two hundred swimmers. When these 400 from "Boris Trajkovski" come, it will be chaos. The small trough is not a solution. The big trough would do the job, but it remains to be seen if that can be done. But that is now the only solution to "bypass" the problem - said Stojanovski, emphasizing that much will depend on the concessionaire.

According to Stojanovski, the solution would be for the Government to subsidize the cost for at least a month until the problem with "Boris Trajkovski" is overcome.

Another problem is that a few days ago the pool in Kumanovo was closed and five clubs with 300 swimmers were left without training. Kumanovo informs that until the energy crisis passes, the pool will be out of order. That means an indefinite future for the 300 swimmers on the street.

The Management of the Olympic Pool "Center" reacts that the pool works with normal working hours and schedule with the 25-meter pool.

"We, as before, as a responsible institution in sports in the country, meet the needs of all clubs and swimmers who can not hold training in the pool in Karpos and the pool in Kumanovo, which currently do not work and together we will find a solution to do the same. their trainings at the Olympic pool "Center", say the Administration.

Is there a cure for political (dis)culture?

And the stars are not in favor of Asen Vasilev, will he manage to form a new government in Bulgaria