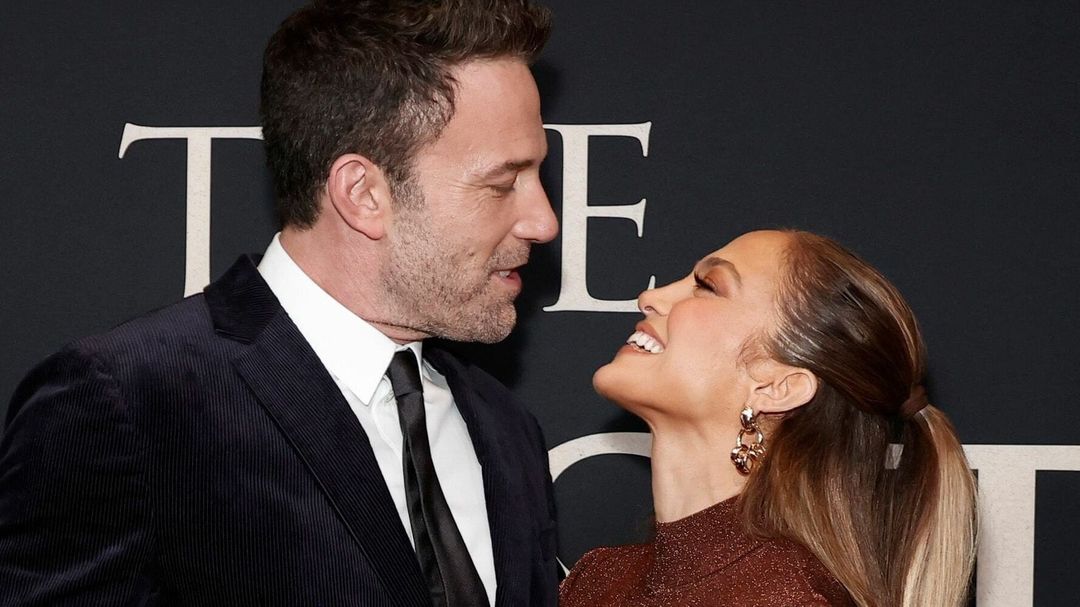 Ben Affleck will not tell us how he brought Jennifer Lopez back, but he jokes about what a "good" - no, "great" story it is.

The 49-year-old actor shares deep thoughts on a range of topics - including his alcoholism and the pain he brings to causing pain to important people in his life - in a new interview with the Wall Street Journal. The easy part of the conversation, however, are the rare comments about renewing the relationship with Jay Lo last spring - 17 years after they broke off the engagement.

Affleck tried to completely avoid the topic of Benifer, but still shared a few words that were enough to warm the hearts of the fans.

"One of the hardest lessons I have learned is that it is not wise to share everything with the world. "I just do not want to talk about my personal public relations."

But who called whom first? - He made it clear that this is a flawless story, but also one that we, the masses, may never know. So about how she's seemingly re-entered her life as Lopez's relationship with Alex Rodriguez unfolds amid a mini-scandal earlier this year, Ben

"I can say that I am definitely fine. One of the things I really appreciate about all aspects of my life right now is that I act in a way that reflects that. My life now reflects not just the person I want to be, but the person who really feels like me - who is not perfect, but is someone who works hard and takes great care to be honest and authentic and responsible. It's hard to say which one is more useful, without going into gossip. I can only say that I feel great that I am very healthy. And that's a good story. "It's a great story."

He continues to tease about the interview, saying that maybe one day he will say or write about it all, but as soon as he does that - he will burn what was written.

Affleck told those who speculated how it might have happened, "to come up with the best story," and "this is the true version" of how they reunited.

The Oscar winner went on to talk about second chances - like this second spin with the woman he was close to marrying in 2003.

"I am very happy in my life because I benefited from the second chance, and I am aware that other people do not even get the first chance. I had a second chance in my career. I had a second chance as a human being. Life is hard, and we always fail and hope to learn from those failures. One thing you really need to take advantage of are the opportunities. The second chance is provided by your growth. I definitely tried to take advantage of that. "I have not always been successful, but in the cases I have been in, they have proven to be decisive aspects of my life."

However, he added that his reunion with Lopez would not have happened if he had not learned from past "difficulties" and also attributed it to happiness.

In another line of conversation, Affleck mentioned marriage. The actor, who shares three children with his ex-wife Jennifer Garner, said that he learned because he became sober again and tried to maintain it, and that he now recognizes that.

There has been a lot of talk about his sobriety as his new film, The Tender Bar, directed by George Clooney, puts him in the role of bartender - and one who reminds him of his father, who also recovers and sporadically reappears in life. of Affleck when he was a child.

At one point, Affleck was asked if in all his moments when he fell, he ever woke up one day and thought he had ruined it all.

"Definitely. "Many times," Affleck said, but stressed that he was "blanching up the issue."

"I know it's optical, like Ben Affleck, an alcoholic. Because I talked about it. Other actors refused or were lucky enough to remain anonymous. Because I can remember a lot of addicts working in this business whose questions are not public, who should never answer questions like this, and who have had just as much, if not much worse, trouble than me. But it is also true that I am an alcoholic. "That period of time was horrible and all the things you could have imagined."

Although he did not name names, he also talked about the injuries he inflicted on others while fighting and the shame he brought with it, which he called "a really toxic, horrible way to feel." Shame only makes me feel bad. .

"And yes, there were times when I really faced what was most important to me and the opportunity to lose it. And that's what changed things for me in the end. I did not become stronger, nor did I develop a will… I simply crossed that threshold. You know, somewhere in the amygdala it said: "This is too painful. I will not do this again. "I do not want to do that." It was a moment after which it became clear that this was not the life I wanted. "

Will there be a replay of the shocking kiss? Madonna hints at a tour with Britney Spears