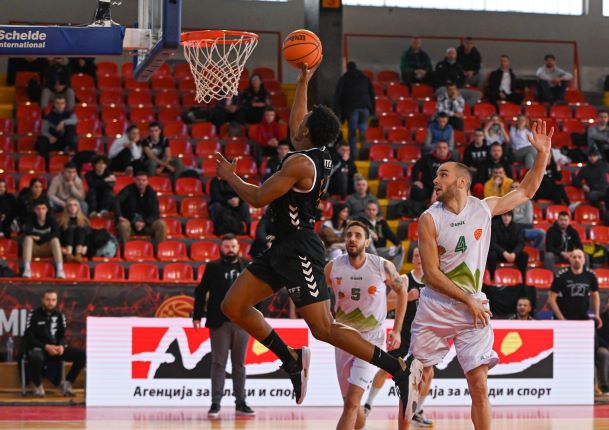 The basketball players of TFT continue with the great games this season and after the triumph in the Cup of Macedonia, today with the victory over Gostivar of 87:80 they secured their participation in the play-off for the title.

TFT in the semifinals of the playoffs will play against the best team in the Super League, MZT Skopje, while in the second semifinal will meet Pelister and Euro Nickel.

The leader of TFT was Aleksandar Kostoski who scored 36 points, while Morgan gave twice less.

MZT Skopje with a triumph on the road against Pelister from 79:88 confirmed the first place on the table before the start of the playoffs. The first half ended with an advantage of the "throwers" of 40:48 and at the start of the third part Rikic with four points in a row, to bring a double-digit advantage (40:52). The advantage increased to 17 points (48:65), but Bitola in the last quarter came close to seven points negative (66:73). MZT Skopje answered with a series of 0: 9 and solved the dilemmas about the winner.

Vojdan Stojanovski led MZT Skopje with 16 points, Adem Mekic gave 14, and Rikic and Ivy scored 12 points each, while in the ranks of Pelister, Malesevic and Krstajic were the most accurate with 17 points each.