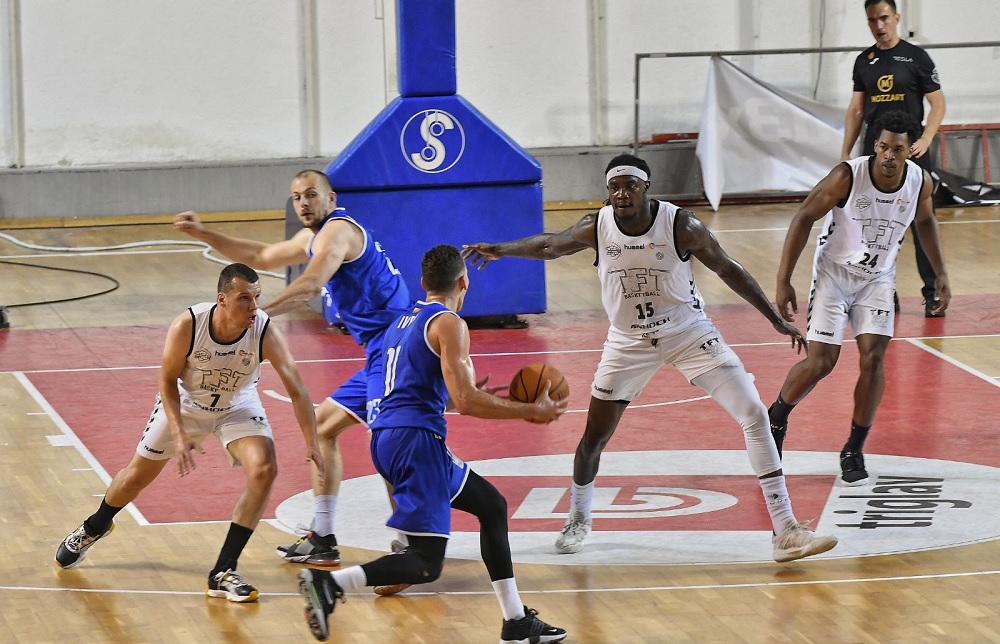 TFT will represent Macedonia in the qualifiers of the League of Legends/Photo: kfsm.mk

TFT, the cup champion of Macedonia will play in the FIBA ​​Champions League qualifiers through will try to reach the groups.

With the draw, it was decided that TFT will be in the qualifying group "A", the opponent in the quarterfinals will be Nieners Chemnitz from Germany.

In the professional staff of Nyners Chemnitz is the former coach of MZT Skopje Aerodrom, Gjorgji Kochov.

If TFT is better against the Germans, they will play against Friborg Olympic from Switzerland in the semi-finals.

In the second semi-final of that qualification group, the Turkish Tofash will face the better of the Lester Raiders - Volunteers match.

The qualifying matches will be played from September 21, if TFT successfully completes the qualifications before the draw for the groups in the League will be in the last fourth hat where Legia Warsaw, Bahcesehir Koleyi, Bnei Herzliya and Rexana are already.

VIDEO: Elmas and Napoli are serious candidates for the Scudetto, a "firecracker" in Verona

I was standing after the triumph over Rabotnicki: The difference was visible in the first match with Bregalnica