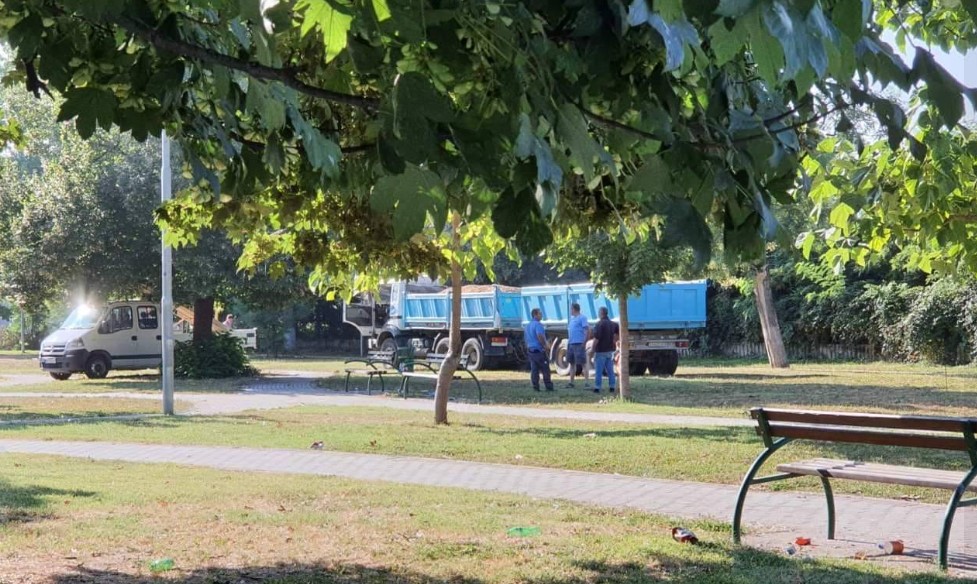 The initiative "Tetovo loves a park" through social networks reacts to the intentions of the city authorities to pave the Zhena-borec park, the only green public area in the city, with concrete paths.

"We have information that this morning the concreting of a part of the lawn in the Women's Park began. Part of the information says that the municipality plans to place children's props in that place. But just 50 meters away is the Sports Center full of children's equipment given under a concession from which only the concessionaire makes money, usurping that beautiful space that must be in general use as a public good," said the civic initiative.

The "Woman-fighter" park, according to the legal regulations and its insufficient total green coverage, is not a park, they say from the initiative.

"If its existing green area is reduced, we will also lose this last green corner in the city of concrete and high-rise buildings, our city of Tetovo. We demand that the concession be abolished, and that young people be given a space with sports fields and props as befits them, leave the Women's Park intact," the initiative added.

VIDEO: On Deve Bair, a fraudster from Bulgaria was arrested with a loot of 10.000 euros, he defrauded the people of Skopje

Honey production can feed a family of four