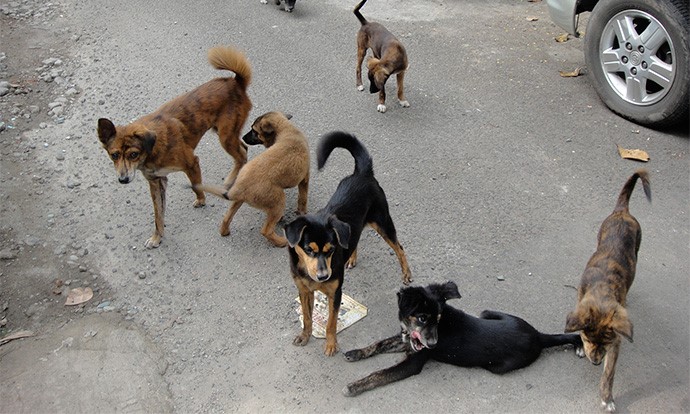 A five-year-old child from Mala Recica, Tetovo, was seriously injured by a stray dog, and because of that he has wounds from the bite all over his body - from his head to his feet. The attack happened yesterday morning, and around 13:40 pm in the SIA Tetovo, the 57-year-old grandfather reported the bite.

The family reacts to the fact that in the Tetovo Clinical Hospital the child did not receive the rabies vaccine given when bitten by a dog. The child was taken today to Skopje to receive the vaccine.

- It was 10.30 am in front of the gate when they attacked a whole pack of dogs. Luckily the neighbor managed to evict them somehow. There are bites all over the body, on the eye, on the ears, on the back, on the arms and legs, on the body. I could not lift it because it hurt everywhere. In the hospital there was a suture especially for the eye, then for another doctor for the face, then another place for the back. Receive only one vaccine, and for the other against rabies we have to go to Skopje because it is not here, said mother Valbona Memeti.

The child received anti-tetanus, infusion and antibiotics, and the hospital report states that he consulted an infectologist for antirabies prevention. Then that he is referred to the Clinic for Infectious Diseases in Skopje, it is written on the medical report.

The management of the Tetovo Clinical Hospital submitted a document - a procurement contract, claiming that it has procured such a vaccine and serum against rabies, but had no answer as to why the child was sent to Skopje for that.

In Tetovo, there is treatment of stray dogs only in occasional periods, while there are funds for which the municipality allocates. On February 25, the Municipality of Tetova signed a contract with a veterinary clinic in Tetovo in the amount of 3 million denars for services within one year. However, for a month and a half the ambulance has not been performing that service because the funds have been spent.

- About 650 stray dogs have been treated with the determined means. There has been no treatment for stray dogs for a month and a half, said Rami Selmani from the veterinary clinic that was implementing the contract.

SIA Tetovo records 54 bites from stray dogs that were reported to them during 2021 by residents of the Tetovo region.