Heavy fighting for the conquest of Donetsk 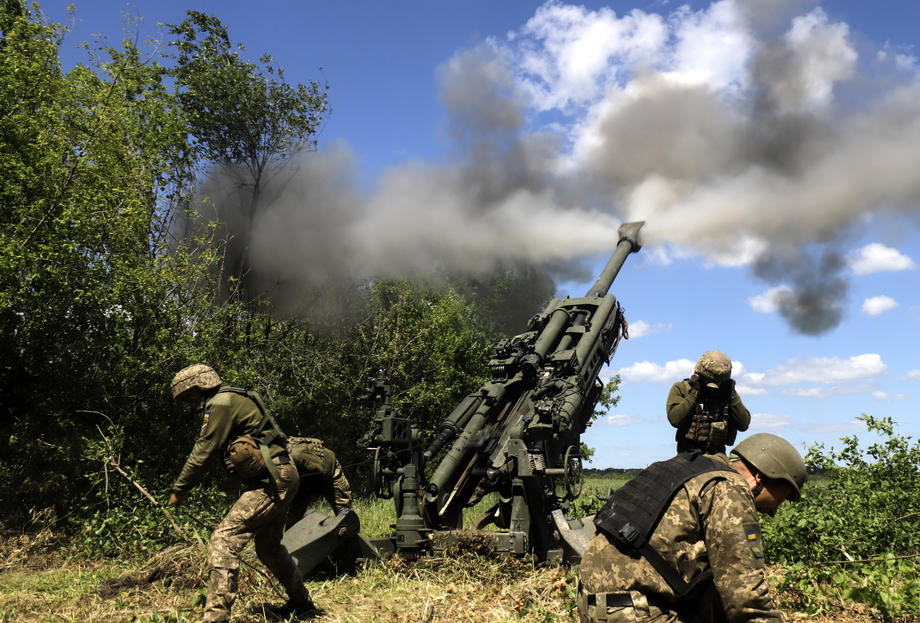 The Russian forces, supported by strong artillery fire, in the major offensive in the Ukrainian region of Donetsk, are strongly suppressing the Ukrainian defense, the Ukrainian authorities announced.

Donetsk and Luhansk make up Donbas, the industrialized eastern part of Ukraine where the biggest battle in Europe since World War II is taking place. Russia is trying to seize control of all of Donbas from Ukraine on behalf of Moscow-backed pro-Russian separatists in their two self-proclaimed people's republics.

After Russian forces took control of Lysychansk, the last stronghold of Ukrainian resistance in Luhansk, on Sunday, Ukrainian officials said they now expect Moscow to focus its efforts specifically on the cities of Donetsk Slavyansk and Kramatorsk.

Heavy fighting is taking place on the border between Luhansk and Donetsk regions, and Russian regular army and reserve forces have been sent there in an apparent attempt to cross the Siverskyi Donets River.

The General Staff of the Ukrainian Army claims that despite the advance, Russian forces are facing heavy casualties. The Ukrainian side accuses the Russian forces of destroying everything in front of them and that they have so far targeted hospital facilities in this area several times.

The governor of the Donetsk region, Pavlo Kirilenko, said Slavyansk and nearby Kramatorsk had come under heavy shelling overnight.

Russian President Vladimir Putin launched the invasion of Ukraine on February 24, calling it a "special military operation" to demilitarize the country, root out nationalists and protect Russian speakers.

Kyiv and the West accuse Russia of launching an unprovoked, imperial-style military invasion of Ukraine by forcefully grabbing territory in the neighboring former Soviet republic and accusing Moscow of war crimes.

"They are being destroyed. Whole collections of books in Ukrainian. This has already been seen - 1939 with Nazi Germany."

Russia claims that the civilian population is not its target.

Slovenia: The number of job vacancies has reached a record high level

VIDEO | Wallace: Putin is unlikely to succeed in occupying Ukraine

CUK: There are no active fires, 12 extinguished in the past XNUMX hours

Tilev for MIA: Screening is a complex process – it will last until November 2023, with the possibility of certain adjustments

The Washington Post reveals: the FBI sought documents on nuclear weapons from Trump