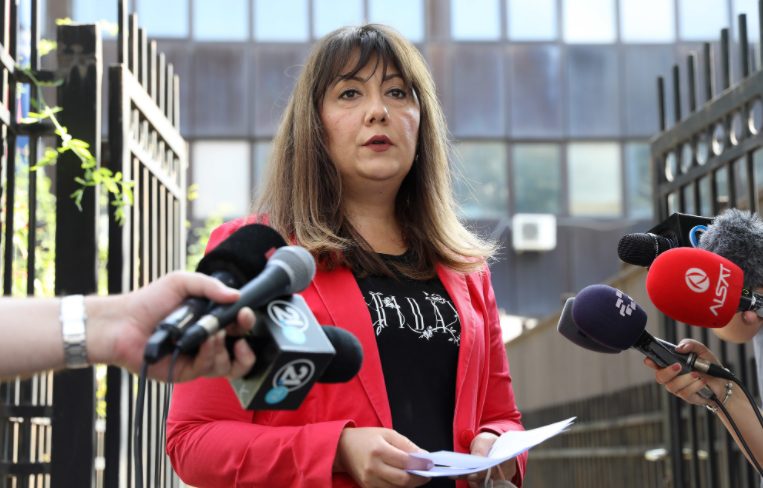 Twenty-eight migrants were found this morning during a police search of two houses in the Kumanovo villages of Lojane and Vaksince, and three people were detained in connection with the case..

- During the search in the home and auxiliary premises owned by the person L.A. (66) in the village of Vaksince, 10 migrants from Bangladesh were found, due to which L.A. and FA (27), both from the village of Vaksince, were detained, while in the village of Lojane during a search of a home and ancillary premises owned by A.A. (48) who is currently out of the country were found a total of 16 Pakistanis and two Afghans, including four minors. The person ZA was detained in connection with the event. from the village of Lojane, informs Suzana Pranjic Talevska from the Public Relations Department at the Ministry of Interior (MOI).

The detained persons will be brought before the court today, the migrants will be transferred to the reception center "Vinojug" in Gevgelija, and charges will be filed with the Public Prosecutor's Office for Prosecution of Organized Crime and Corruption on suspicion of committing a crime "smuggling of migrants" under Article 418c of the Criminal Code.

Drug dealers arrested in the center of Kicevo

Pranjic Talevska informs about another case for ending drug trafficking in the area of ​​Kicevo. Yesterday evening, as she mentioned, in the center of Kicevo was stopped a passenger vehicle "Audi", driven by S.A. where his brother AA was a co-driver. During the inspection of the vehicle, packages of marijuana, a large amount of cash and a knife were found..

- Following a previously issued order by a pre-trial judge from the Basic Court in Kicevo, a search was conducted in their home in Kicevo and cocaine, heroin, marijuana, weighing scales and large amounts of cash suspected to originate were found. from the sale of narcotic drugs, said Pranjic Talevska.

Against persons S.A. and AA, she added, in the past period numerous criminal charges have been filed with the competent public prosecutor's office and the court for aggressive and violent behavior, endangering security by making serious threats to citizens, police officers and their families which unfortunately ended without outcome.

Criminal charges will be filed against these two persons under Article 215 with a proposal for determining a measure of detention.

Dimitrovska: Both the citizens and the police should refrain from excessive force

Constructive dialogue around the French proposal, parties with different views