Tea Begovska: With the festival "Theatrical European Alternatives" we want to reconsider the new art forms 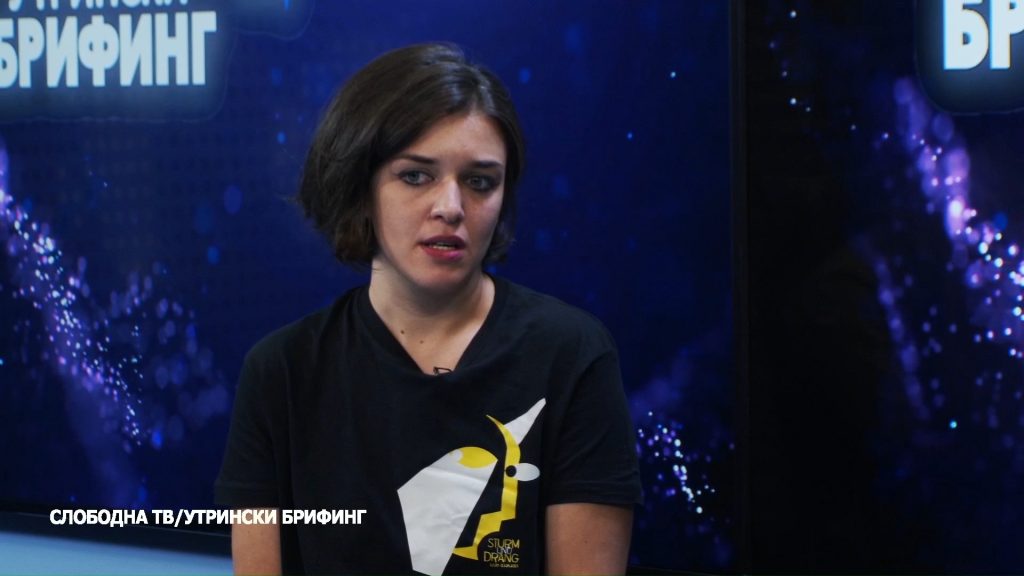 The first edition of the online international alternative festival "European Theater Alternatives" starts on September 17. This year the festival will feature over 70 participants in various art fields. The audience will have the opportunity to see 11 theatrical productions in an international and student program from: Serbia, Bulgaria, Montenegro, Romania, Slovenia, Slovakia, Italy, France, Austria and England.

The motto of the festival is "Strum und Drang" or "Storm and Breakthrough" inspired by the famous German revolutionary movement in the field of arts. All the performances and events of this year's edition are in some way related to the motto as an idea, as a form and as a way of expression.

"It is a period that we theatergoers know well and admire, and I am especially glad that we are now introducing the audience to that period. What we specifically took as inspiration from that time is to see what new forms are being created today. We do not limit ourselves to the theater, because the "Strum und Drang" movement itself has taken place in all areas of art. Of course, we as a festival want to promote young new authors, poets, musicians and other authors who create in some new forms. We have over 70 guests this year and it would be possible for everyone to come live if we had such a budget with which it could be realized, because it is a serious organization. Apart from the pandemic as the reason why the festival takes place online, we do not have that much support, and the festival was originally presented as an online edition. "Because of the pandemic, we have developed an aversion to the online form every day, but I think it also offers us some new opportunities," director Tea Begovska, who is organizing the festival, told Utrinski briefing.

She said audiences would have the opportunity to see 11 theatrical productions in an international and student program from Serbia, Bulgaria, Montenegro, Romania, Slovenia, Slovakia, Italy, France, Austria and England.

The program "New Wave" will present 12 Macedonian artists in four categories: poetry, music, poster design and photography. Young authors will also be presented with their new plays at the event "Skopje Whispers, Screams and Dramatization" produced by the Macedonian Center ITI.

As part of the student program, a University Conference will be held with the participation of university professors from seven countries. While on the last day of the festival will be held the program "One-minute acting game" of acting students from different countries and a video preform of the actor Petar Milosevski which was created during the curfew.

VIDEO | Dashtevski: Macedonia is a country where the election results arrive the fastest