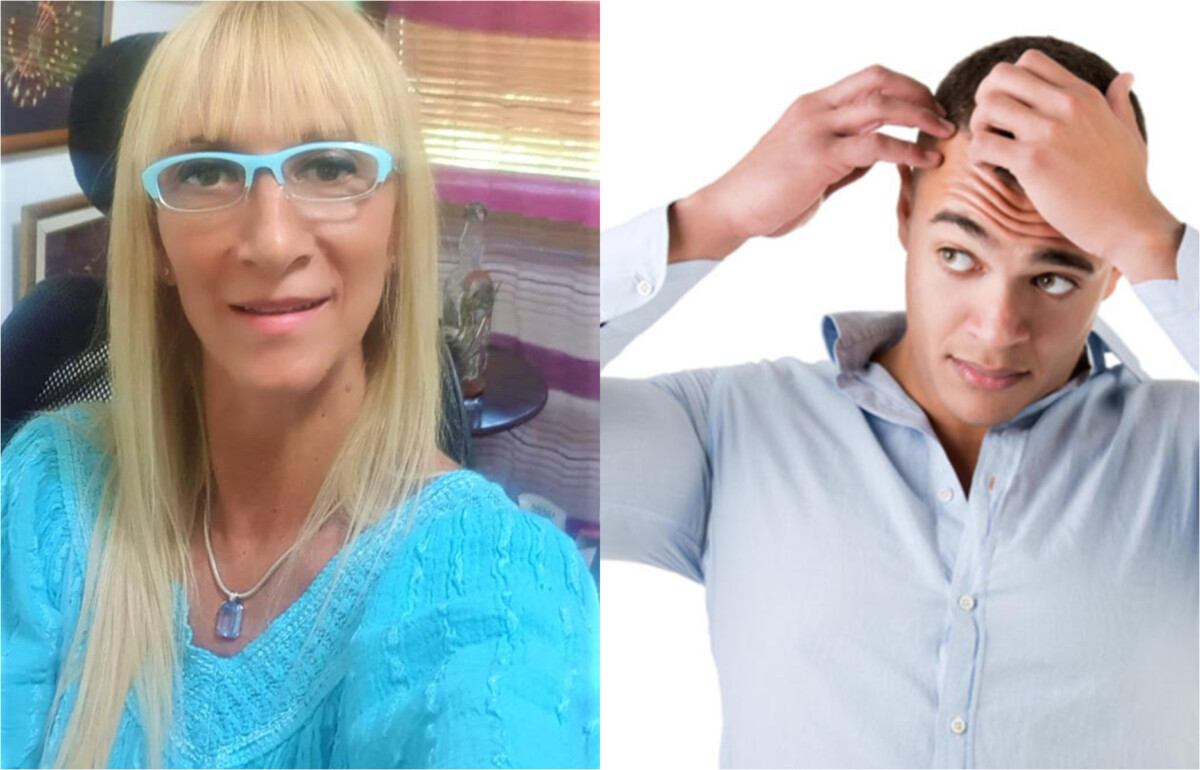 Following the nutrition guidelines and tips for women, we continue with a topic dedicated to men, their habits, specifics and weaknesses, as well as a way to overcome them and introduce a healthy, balanced diet.

Problems with baldness and fatty liver

At some point in life, every man copes with hair loss. There are several reasons for this phenomenon - hair loss: one of them is the hereditary factor (it has been proven that baldness is more often transmitted to the mother), then poor diet, hormonal imbalance, poor circulation, thyroid problem, overloaded, liver full of toxins / poisons, continuous stress, anxiety, anxiety, finally, aging as something that would come naturally.

The most important thing is to find the cause of the hair loss, and then to strike a balance in relation to everything that is needed to preserve the hair. In this case, selenium, vitamin E, B vitamins, zinc, iron, copper are very important. There is one misconception among the male population, and that is that they often drink beer for good hair, because it contains a large amount of B vitamins and brewer's yeast, without thinking about the contraindications it can make in the digestive system.

In situations where such alopecia occurs, it is very important to take flaxseed as an essential fatty acid through flaxseed oil or grain, no more than two tablespoons during the day - one tablespoon in the morning and one tablespoon tied with honey or Maltex in the evening. .

It is important to check the condition of the liver from time to time, as excess weight and increased lipids can lead to fat loss. To improve this situation requires a large intake of cabbage, carrots and celery, both in the form of juice and as a mandatory fresh salad. Avoid products that have burdensome and toxic nutritional values, and reduce cigarettes and alcohol.

Men and coping with stress

Although men look much stronger than women, they are more fragile compared to the body's vitality and are more prone to cardiovascular disease. Increased high blood pressure should not be overlooked and should not be seen as a normal occurrence of stress, but should be kept under control as it causes other damage to the entire system.

Men more often have managerial functions, and the risks that arise during those managerial responsibilities are the suffering of the cardiovascular system and the increasingly common modern disease - irritability of the colon, which is also called business disease. Frequent diarrhea that occurs precisely due to stress, hints that something is wrong with the colon and then it is advisable to do a colonoscopic examination to determine the cause. When faced with such a condition, no matter how healthy the legumes are, they should definitely be discarded, as well as fried foods, meat, gluten or, simply, anything that worries the colon. And it has been scientifically proven that men suffer much more from colon cancer than women, as well as lung cancer.

Also, the condition of gout in the later period of life occurs much more often in them than in women. To reduce gout, it is very important to eliminate from the diet everything that worries the body - this includes meat, delicacies, gluten-free cereals, legumes, lamb, eggs, coffee and tea, as well as alcohol, especially red wine. . It is recommended to eat banana, pineapple, forest fruits, especially cherries, sour cherries and blueberries, leafy green vegetables, linseed oil, celery, quinoa, avocado, melon, apple, pear, carrot, ginger, buckwheat, gluten-free bread and those who do not can without dairy products, skim milk products from ecological milk and yogurt.

Prostate problems are often overlooked even when nocturnal urination is more frequent, which alarms that something is wrong. A disease that is also becoming more common is prostate cancer. The diet should avoid anything that may contain pesticides, limit red meat intake, and perform regular PSA tumor-marker checks for early prostate detection and treatment before it is too late. for that. Products that protect the prostate are: garlic, complex carbohydrates, but those with a low glycemic index, fish instead of meat, then mushrooms, especially shiitake mushrooms and fresh root vegetables (broccoli, celery, radishes, cauliflower).

Six neglected foods that are a great source of iron

Epileptic seizures: How to recognize them, but also to help someone suffering from epilepsy

Symptoms that indicate a lack of calcium in the body