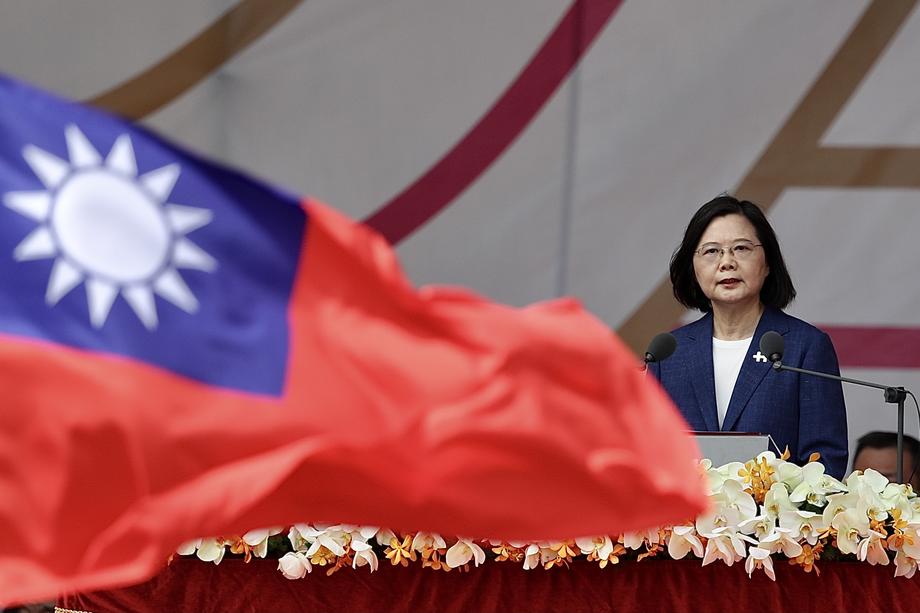 Taiwan's President Kai Ing-wen has announced that she is stepping down as head of the ruling party after losing local elections.

Kai Ing-wen called Taiwan's municipal and provincial elections held on Saturday a test that will show "Taiwan's resilience and its determination to defend freedom and democracy" amid tensions with China.

However, her Democratic Progressive Party (DPP) lost four of the six capital cities on the island of 23 million people, including the capital, Taipei.

"We did not expect these election results (…) I take full responsibility and immediately resign from the position of president of the Democratic Progressive Party," she told reporters.

The Kuomintang Party (KMT), which has traditionally advocated closer ties with China although strongly rejects claims that it is pro-Beijing, won the most positions of mayors and heads of municipalities.

The KMT accuses Cai and her DPP of being too confrontational with Beijing.

Kai Ing-wen will still remain the president of the island nation and has held that position since 2016.

Since turning the page on decades of military rule in 1987, Taiwan has become one of Asia's most dynamic and advanced democracies. This is a reason for the concern of neighboring China, which considers the island part of its territory and has promised to take control over it, if necessary by force.

Since Kai Ing-wen, whose party effectively considers Taiwan a sovereign country, came to power, Beijing has cut off official channels of communication with the island, stepped up military exercises and increased economic and diplomatic pressure.

Tensions between Taipei and Beijing peaked in August, when China held military exercises near Taiwan to express anger over a visit by US House Speaker Nancy Pelosi.

The Kuomintang announced on Saturday that it would "work hard to preserve peace in the region" and prepare to win the next presidential and parliamentary elections in 2024.

Cai and the DPP won the last election by a landslide, then vowed to stand up to China and defend Taiwan's freedoms.

Cai's second presidential term expires in 2024 and she is no longer eligible to run for office.

US Defense Secretary: China has been spying on our strategic locations with a balloon

Biden: I ordered the balloon to be brought down as quickly as possible

The US shot down a Chinese hot air balloon