Tadic: This government created Belivuk, it should bear responsibility, albeit political if not criminal 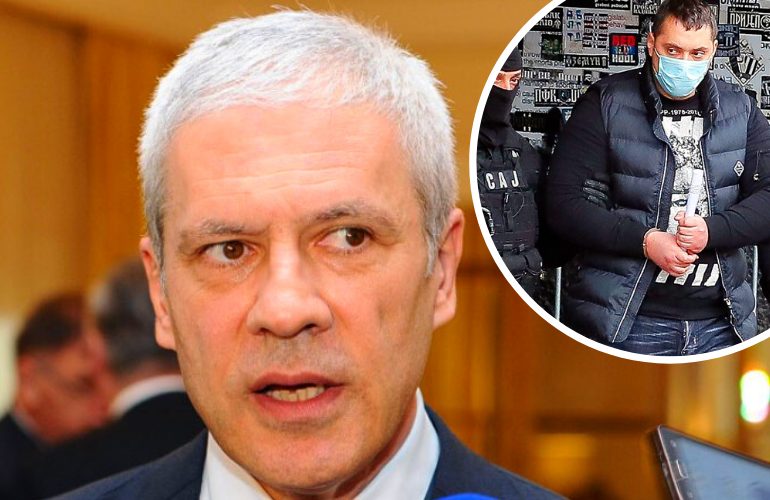 Former Serbian President Boris Tadic said that instead of listening to the Serbian government bragging about the arrest of Veljko Belivuk's group, responsibility should be taken for creating that crime, the Beta news agency reported.

They were brutally tortured, beheaded and melted in acid, then forwarded the footage: Police uncover new details of brutal criminal gang

"Even today, even if they are sincere in the fight against this clan, they need to bear, if not criminal, then at least political responsibility for co-operating with that clan for the past eight years," Tadic, now Social Democratic Party leader, told the new weekly Vreme.

As he stated, this is actually a final recognition of the Vuќi режи regime's link to crime, which I have been talking about all the time in previous years, and not the fight against organized crime.

"What the government is bragging about today, it should be held accountable and changed," because Belivuk groups would not exist if it were not for the ruling Serbian Progressive Party. said Tadic.

He states: "The Belivuk clan originated directly from the SNS system, which managed the crime of fan groups as its own paramilitary phalanx."

In Tadic's words, "it is true that in Serbia, since the introduction of the comprehensive fight against organized crime, it has been conducted only during the four years of Democratic Party rule", and that "everything else before and after was less cohesive. crime and the state or security services. "

Vuќi:: The criminal group around Belivuk was a terribly strong branch of the Montenegrin mafia clan

VIDEO: The inspection of the summer house of "fear and horror" of Velja Nevolja has been completed, material evidence and DNA traces have been found

VIDEO: Terrible details from the torture of the "Pink Panther" Zepoja: The cruel murderers took out the body parts 18 times

VIDEO: After the arrest of Velja Nevolja "Partizanovci" do not surrender, they sent a powerful message to the authorities - Secret from the bunker

SYRIZA demands the resignation of Mitsotakis over the wiretapping scandal

State Department: Foreign investors perceive Albania as a difficult place to do business

Meta: Rama is a spy, a bitter end awaits him

Tragedy in Croatia: 11 people died in a terrible bus accident