Whistles greeted "Frajle" in Ohrid, the organizer told them to start an hour and a half later 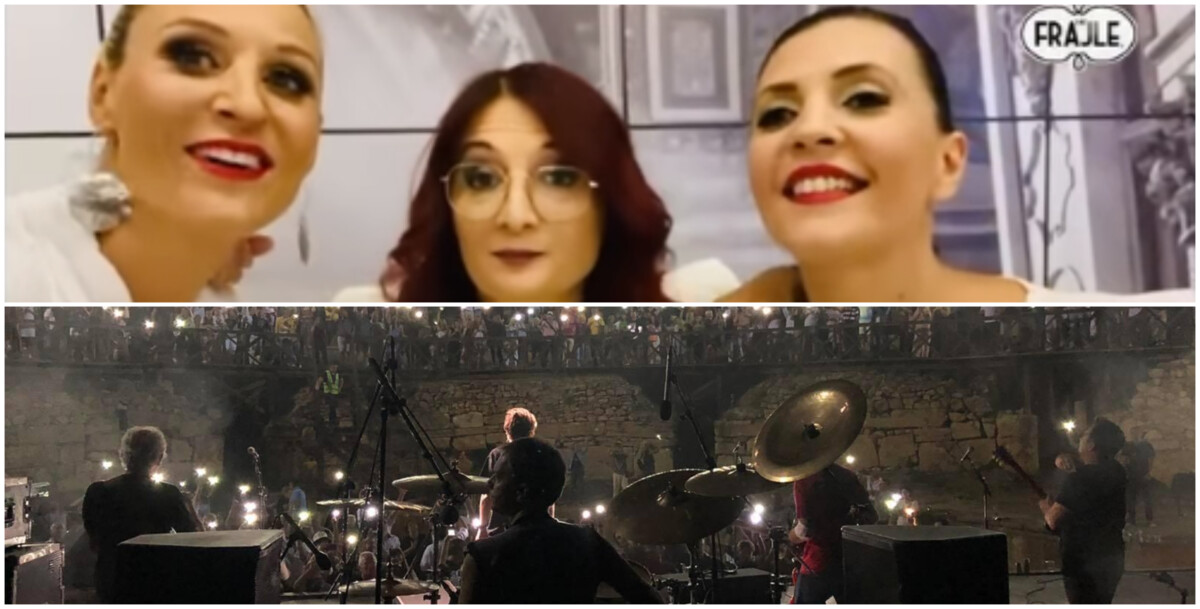 The attractive women from Novi Sad explained why the beginning of the concert was so late, and the concert of Bajaga and instructors that took place yesterday was a little late.

Whistles welcomed the popular "Frajle" before the start of their concert yesterday at the Ancient Theater in Ohrid. The reason for the dissatisfaction of about 3.000 visitors in the hot evening was the unusually long delay of the concert.

Although it was written on the tickets that the beginning is at 21 pm, the graceful singers from Novi Sad started singing only at 22.35:XNUMX pm. The sympathetic singers, neither guilty nor guilty, had to explain why the concert was late in order to calm the dissatisfied, thirsty and impatient audience, which got tired of waiting before the gig started.

The concert then went well, the audience had fun and enjoyed until long into the night. The price of the tickets was 600 denars.

A slightly shorter delay was at the concert of "Bajaga and instructors", also at the Ancient Theater in Ohrid, which took place yesterday.

The experienced musician, however, created a good atmosphere after the first few hits that he played and sang and took revenge on the audience for his patience with a great gig that lasted until 45 minutes after midnight. The ticket price was 1.000 denars.

Frajle's concert was organized by Pragma Production, and Avalon was in charge of organizing Bajaga's gig.

According to the statement of "Pragma" given to "Women's Magazine", the delay was due to the holding of the Ohrid Summer, with which they had a mutual agreement not to start any concert before the end of the festival. There was a misunderstanding as to why the tickets were printed much earlier than the scheduled events, so instead of 22 pm, it was written starting at 21 pm.

However, the delay would certainly be greater than the tolerable, academic 15 minutes.

Zaev: I am not thinking of dismissing Filipce due to the dissatisfaction of the surgeons from the CGH "September 8"

Zaev: This is not about erasing history, nobody touches it