"Pig" is one of the most original films of the year: Who stole Nicolas Cage's pig? 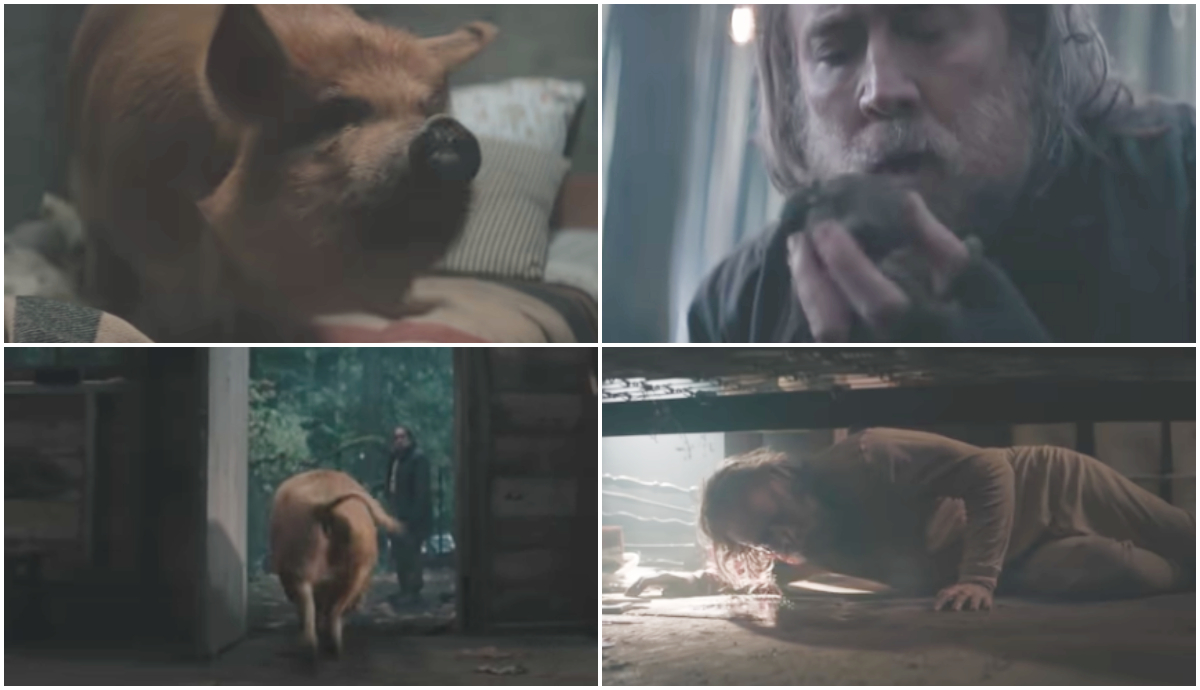 The film is a great reminder of the fact that quality material often successfully draws on the potential of a good actor. It is therefore not surprising that film critics rate Cage's return to the film set as one of the best in his career.

The American thriller drama "Pig" is an incredible directorial debut of the young director and film editor Michael Sarnoski, whose limited premiere in the United States took place on July 16 this year. Written by Michael Sarnoski and Vanessa Block, and produced by AI Films, "Pig" is perhaps the most unique and surprising film production of 2021, starring Nicolas Cage, Alex Wolf and Adam Arkin.

Film audiences often have polarized views about Nicolas Cage, but this film is a fantastic platform on which Cage's talent shines with all its intensity. "Pig" is a great reminder of the fact that quality material often successfully draws on the potential of a good actor. It is therefore not surprising that film critics rate Cage's return to the film set as one of the best in his career.

"Pig" is the story of Rob, a truffle hunter who lives in a dilapidated hut deep in the Oregon forests with his pig. Rob is incredibly attached to his pig who helps him in the search - he literally eats and sleeps with her. He has almost no contact with the civilized world, except for the occasional collaboration with the young Amir, to whom he sells the found truffles.

But one night, Rob's hut was smashed by an unknown group of people. Rob will be beaten, and his pig will be stolen. Given the enormous value of the truffle, the cause of the theft is immediately assumed. Rob does not accept the loss at all, instead, he immediately goes to look for her in the hope that he will bring her back.

Knowing these details about the premise of the film, it is understandable why many expected a John Wick-style action thriller. But the film is surprising in that it is almost completely opposite. This slow, emotional and mysterious drama completely opposes the idea of ​​revenge. As the gradual development of the action swallows our attention and inflames our desire to know as much as possible about the characters, so we realize that "Pig" is actually a film about loss, sadness, love and forgiveness.

"Pig" strategically opens window after window into Rob's story before giving a full picture of how his past builds his present.

From the beginning, the audience gets very little information about the main character, but it soon becomes clear that Rob is not just a random homeless man. This man shows great talent and sophistication in his small, messy kitchen, and that is already a great example of a good loop.

The audience needs time to figure out who Rob really is; how high was his reputation in the culinary world of Portland; how the death of his wife alienates him from life in the city, and how his story intertwines with the story of Amir and his family. But that time is filled with wonderful scenery and cinematography, as well as great minimalist dialogue, and the ultimate realization is a real reward.

Cage and Wolf are real pearls

Nicolas Cage is amazing as Rob and this is undoubtedly one of the deepest performances in his rich career. Rob's character attracts attention with his height, dirty clothes, hardened under layers of blood and earth, and his dirty and messy hair and beard. But Rob has an unusually soft voice and speaks in a calm tone, and his sadness and loneliness are reflected on his face.

One of his best scenes in the film is with Chef Derrick, a former pasta chef at Rob's restaurant. With the truth to his side, Rob begins to empathically criticize Derrick for opening a modern restaurant, instead of the pub he dreamed of in his youth and "cutting it into pieces" with a look. Although Rob does not use abusive words or aggressive gestures at all, he still manages to extract the necessary information and finds out that Amir's rich father, Darius, was behind the theft of his pig.

A post shared by The Prince Charles Cinema (@princecharlescinema)

The talented Alex Wolf is equally great in his role as Amir - a young man who lives in the shadow of his father who works in the same industry and whose story is much deeper than it seems. Seemingly insensitive and thirsty for money and fame, Amir is actually a man who constantly thinks and seeks his courage. He takes huge risks, is careful and sincerely cares for Rob. At one point, he tells the story of his parents, which makes it clear how Rob and Amir's family are related, and at the same time raises questions about his mother.

"Pig" is a unique film in several respects

In addition to the great cast and effectively the emotional portrait of these characters, "Pig" is a beautifully shot film with a soft palette of earth tones that illustrates the feeling of living in the wild, and the director of photography knows exactly how to play with shadows.

The film is interwoven with a lot of silence, and the beautiful music of Alexis Grapsas and Philip Klein opens the opportunity to patiently observe how loneliness and sadness break the human soul.

"Pig" is symbolically divided into 3 parts, like a restaurant menu, where each part offers a special "taste" and reveals a new chapter in Rob's story. This film is a completely original and exciting work of art that should not be missed.

Which one is richer: Who is Bill Gates's son-in-law?

Review: Stormy trip from Moscow to Siberia in "Compartment Number 6"

PHOTO | Our famous artist and painter, Vane Kosturanov exhibited his works in Zagreb

VIDEO | The former president's son will get married, and he wrote a book of poetry

PHOTO | After Petar Grasho is officially with his new girlfriend, Danijela Martinovic deleted him from his Instagram profile