Sveti Nikole "Moda" makes electricity even when it is not working 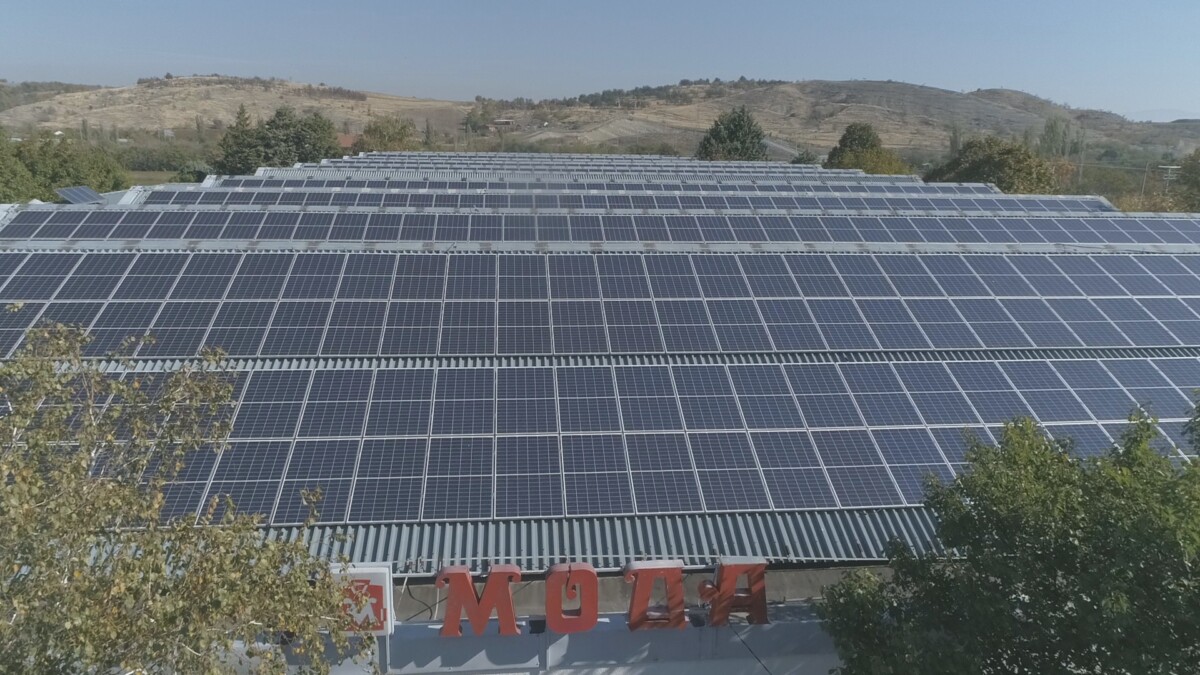 The textile company "Moda" from Sveti Nikole already provides two thirds of its own needs for electricity from solar panels, and sells the excess electricity, says for "Free Press" Angel Dimitrov, chairman of the Board of Directors of the company.

On the roof of the factory last December in partnership with OKTA AD - Skopje, 1.060 photovoltaic panels were installed. According to the agreement, "Moda" receives a guaranteed price of electricity, and OKTA compensates the difference in price by selling the surplus on the free market. The photovoltaic power plant with a total installed capacity of 296,40 kilowatt-hours, produces "green" electricity. Dimitrov says that their electricity costs have been reduced, they do not pollute, and the investment will pay off in a few years.

- Electricity participates with a large percentage in our total production costs. That is why we got involved in this project that benefits us, and at the same time contributes to environmental protection. Excess electricity appears when it is not working and if you do not have a sales license, that electricity goes out, goes to the network - explains Dimitrov.

Dimitrov is of the opinion that the state may have rushed to give up other energy facilities, because renewable sources still depend on weather conditions.

- Wind and sun are clean sources of energy, but they are unstable. There are days when our panels produce 1.800 kilowatts of electricity per day, but only 300 kilowatts were produced yesterday. So, we must have safe production and provided energy - concludes Dimitrov.

VIDEO | Makraduli: Government does not give up selling mail, public-private partnership is a realistic option

The Economic Chamber of Northern Macedonia declared digital champion for 2021

VIDEO | Josifovski: We are initiating the introduction of cryptocurrencies in the catering industry

The old bags from home are marketed in the markets