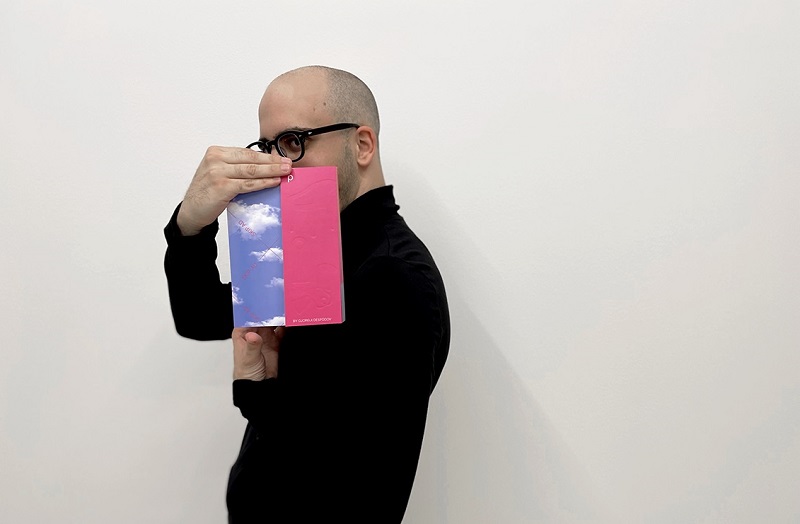 The exhibition "Skip ad", which is followed by the book of the same name by Gjorgji Despodov, from November 26 to December 10 is set in the studio "Private Print" in Skopje.

Hence, Despodov creates a playful artistic method called the "Self-Finding Session", an integral part of the wider Skip Ad project. Through this method, which is critically oriented towards mass consumerism, Despodov opens the possibility of an alliance between the graphic designer and the users.

Gjorgji Despodov (1996, Prilep) is a multidisciplinary designer, working mainly in the field of visual arts and creating concepts through a wide range of disciplines, such as graphic design, 3D visualizations and illustrations.

Despodov's exhibition and publication are part of the activities of the Private Print studio, supported by a program of the Prince Klaus Fund in Amsterdam. The program aims to discover local specifics and differences in cultural reality and to support emerging ideas.

In 2021, the studio "Private Print" worked on projects with the artist Ivana Mircevska, whose practice is based on video as a medium, graphic designer Gjorgji Despodov and transdisciplinary designer Klelija Zivkovic and with them developed the new edition "Future Perspectives", in which books by young artists that show an attitude towards the future of art and culture, thus rethinking their position as an artist or cultural worker in the system in which they work.

"Private Print" is a publishing house for art books and a studio for interdisciplinary research and practices in contemporary art and graphic design from Skopje.

"Cultural Press" number 114 was published in the newspaper "Free Press"