Terrible case of peer violence in Gradsko: They beat him, tore his underpants and school books 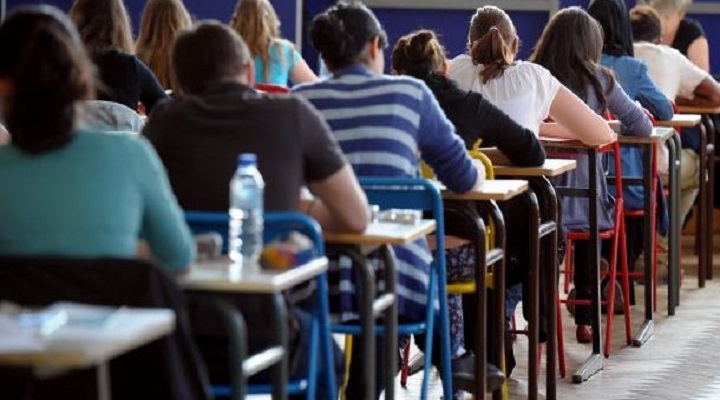 A new terrible case of peer violence happened in Gradsko. Namely, a ninth-grader from "Dame Gruev" Elementary School, classmates tore his underpants, notebooks and textbooks. The elementary school student was a victim of bullying and harassment by two classmates for some time, and the victim did not go to school for three weeks, the web portal reported. Duma.mk.

According to the father's testimony, the thugs abused his son for a long time, tore his underwear twice, dragged him along the corridor. After it was reported, the school promised help, but for now the culprits still go to the same school, and the victim sits at home out of shame and fear.

- My 14,5 year old male child was continuously exposed to bullying last and this school year. Until, on November 11th of this year, he returned home with torn underwear and scratches, we as parents did not know that two classmates, from his class, had previously torn his underwear, hit his head with sticks to make him sit. with his back bent in class so as not to block their view of the classroom, they destroyed his school supplies or threw them through the school window. The whole time my child was silent because of embarrassment. The last event with the tearing of the lower garment spilled the beans. I went to school. I spoke with the class teacher Blagoj Ristov and the director Tatsa Dukova. They told me that they would immediately take measures and mentioned the pedagogical measure of moving the two classmates, who were harassing my child, to the regional school in the village of Vinicani. Then after two days, they informed me that they will only move them to the next classroom. This is the reason why my son is not going to school for the third week, says the parent of the bullied elementary school student I.T.

Read more about the lukewarm reaction of the school authorities, the center for social affairs, the prosecutor's office and the police in the story of "Duma.mk".

Grkovska met with Escobar, informed him about the progress of the fight against corruption

Gashi says that there is room for compromise, but he will wait to see what SDSM and AA will agree on

Another hospital ward for cancer treatment is opening in Skopje