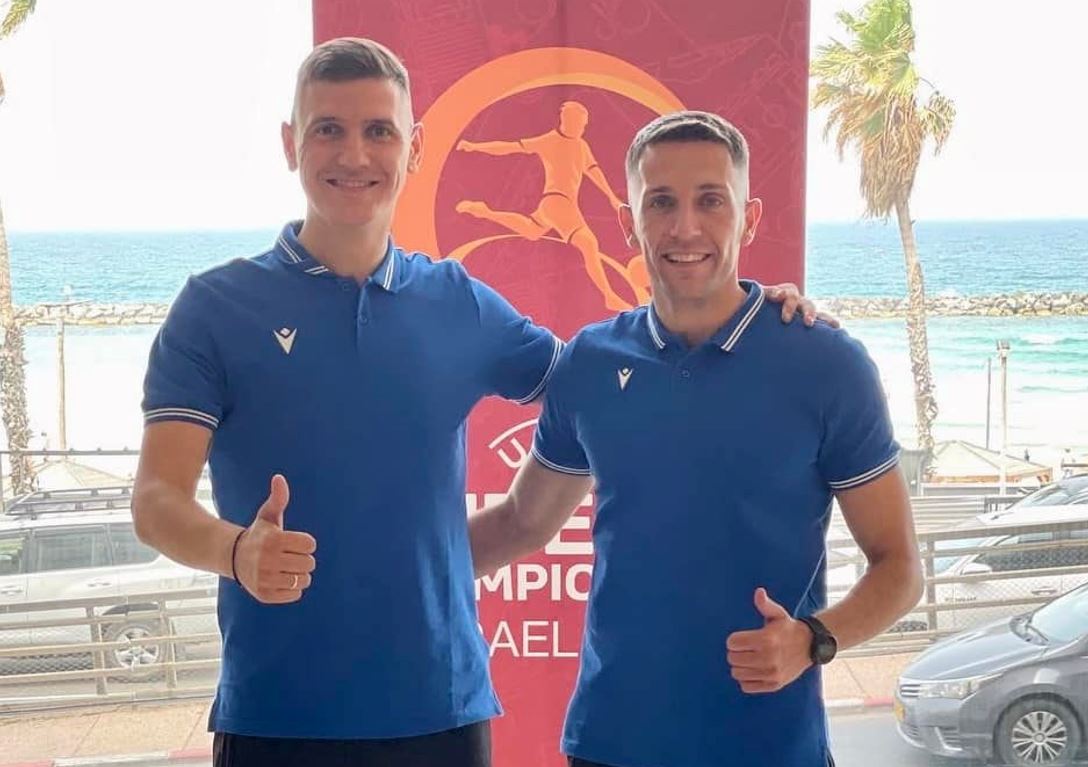 Igor Stojcevski and Daniel Vasilevski from Macedonia were elected to the elite association of judges for European Under-17 Championship in Israel from May 16 to June 1.

Igor Stojcevski is the main referee, and Daniel Vasilevski is the first assistant in tonight's match Bulgaria - Netherlands.

At the Continental Youth Championship in Israel, our important role as Commissioner for Security will have our Robert Markovic.

A total of 16 national teams are playing at the continental gathering, four groups will be played.

In Group A, host Israel will play Germany, Italy and Luxembourg. Then, in group "B" are the national teams of France, the Netherlands, Bulgaria and Poland, in group "C" Serbia, Spain, Turkey and Belgium, and in group "D" Denmark, Portugal, Scotland and Sweden.