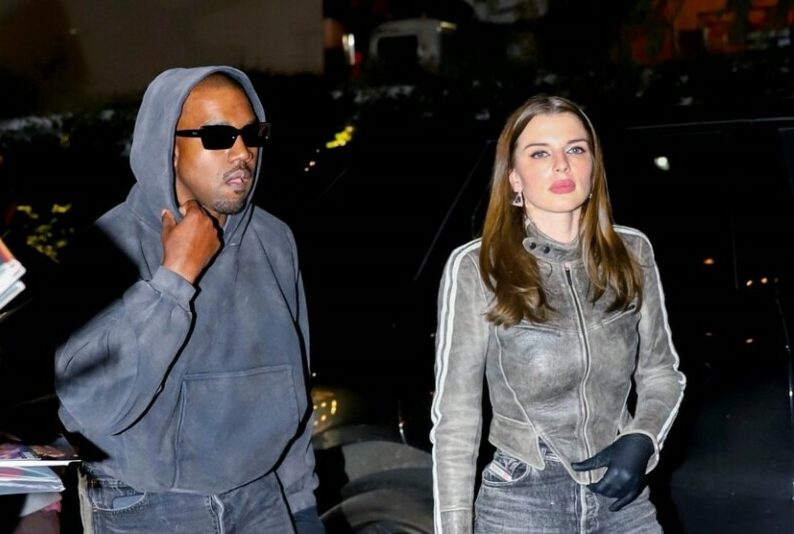 "Just days after Julia Fox met Ye, the rapper formerly known as Kanye West, her 'old clothes' were packed in boxes and she was ready for a new transformation," she told Interview Magazine at the weekend.

Fox, an actress who began a relationship with Ye after meeting in Miami on New Year's Eve, re-interviewed about his takeover of the "transformation" from their first meeting.

"After I met him, a few days later, all my things were in boxes, they disappeared. It was so cathartic. It was not like packing my old clothes, it was like packing my old life. "It was as if I made a very conscious decision to really put everything in the box, to get rid of the past," said the 31-year-old actress.

Later in the interview, Fox said she was completely committed to life in Ye's world.

"For someone like me, who is such a control freak and always used to taking care of myself, to let go and let them take care of me is alien in this moment of life. It was the most instant natural organic attraction and connection. I just feel really safe with him. "It's a story of salvation," she said.

Her experience with the rapper bears a resemblance to what his estranged wife, Kim Kardashian West, said she spent with Ye when they first started dating in 2012.

In an interview with W magazine in 2018, Kardashian West - who filed for divorce from the rapper in February 2021 - talked about how she thought she "had a really good style" until she met Ye, who told her she had "the worst style". “.

"He was really good about it and he cleaned my whole closet," Kim once said

But despite saying she "wanted to learn" from him at the time, Kardashian West also said she was in tears in the process.

"I probably had 250 pairs of shoes and when we finished cleaning, I had two pairs left and I was crying," she added.

And it's also not the first time in their weeks-long relationship that Fox has talked about the rapper's influence on her outfit.

In a blog post she wrote for Interview magazine on January 6, after a week in a relationship with Ye, she described feeling like "Cinderella" after seeing her fill their New York City hotel suite with new clothes for her.

"Ye had a whole hotel suite full of clothes. It was the realization of every girl's dream. I felt like a real Cinderella moment. I do not know how he did it, or how he got it all there on time. But I was so surprised. "How come who does this on a second date?" Fox said in his first interview with Ye.

Conversation with Aleksandra Janeva: The worst comment is the one you do not have

New scandal in the royal family: Prince Charles received a suitcase with a million euros from the Qatari sheikh

Nikola Pelz on her husband's "business attempts": She felt pressured

PHOTO | Duшиica and Igor Karaчиi се got married in Mostar: A wonderful wedding in the circle of loved ones

Bono revealed that he had a half-brother he did not know existed: My father kept it a secret

Young Nermin Handzic from BiH wins "Stars of the Grand"