Our new ambassador in Sofia, Agnesa Rusi Popovska, takes office, the credentials were received by the deputy minister 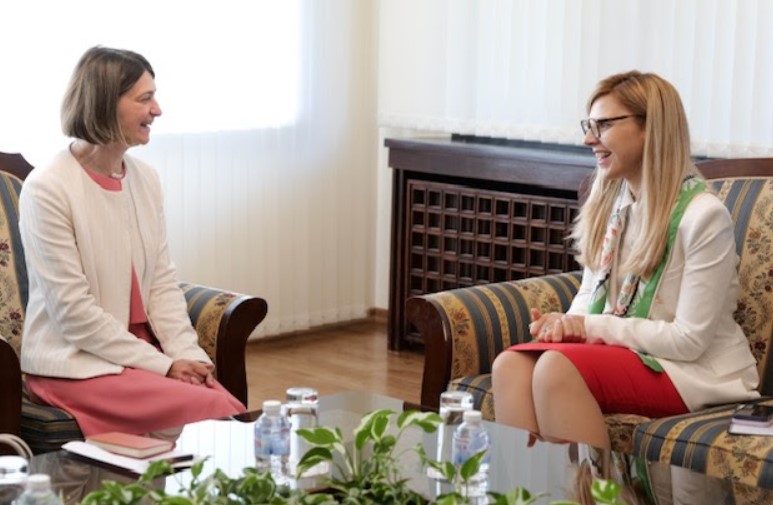 The Deputy Minister of Foreign Affairs of Bulgaria, Velislava Petrova received today the copies of the credentials of the new ambassador extraordinary and plenipotentiary of the Republic of North Macedonia in Bulgaria, Agnesa Russi Popovska.

As reported by MIA from Sofia, Petrova welcomed the new ambassador, expressing satisfaction on the part of the authorities in Sofia, that after a long period North Macedonia has an extraordinary and plenipotentiary ambassador in Bulgaria, and expressed the hope that this will contribute to the deepening of good-neighborly relations between the two countries.

The Deputy Minister of Foreign Affairs of Bulgaria also expressed Bulgaria's support for the European integration of North Macedonia and emphasized that it is necessary to make consistent efforts to restore trust and build a sincere and positive atmosphere with the bilateral dialogue. She added that it is extremely important that the reached agreements come to the fore and in real results.

Ambassador Rusi Popovska expressed gratitude for the quick response to hold the meeting and defined the latest developments from the bilateral agreement, as well as the new page in the relations between Skopje and Sofia.

During the meeting, the two interlocutors agreed that with joint progress at the political level, it is in the interest of the citizens of both countries to achieve visible results in cooperation in separate sectors.

Macedonia did not have an ambassador in Sofia for about two and a half years. The president Stevo Pendarovski during the appointment of the career diplomat Rusi Popovska, he bypassed the Committee for Foreign Affairs in the Parliament, which is chaired by the deputy of VMRO-DPMNE, Antonio Milososki, and signed the decree without previously presenting her theses to the deputies.