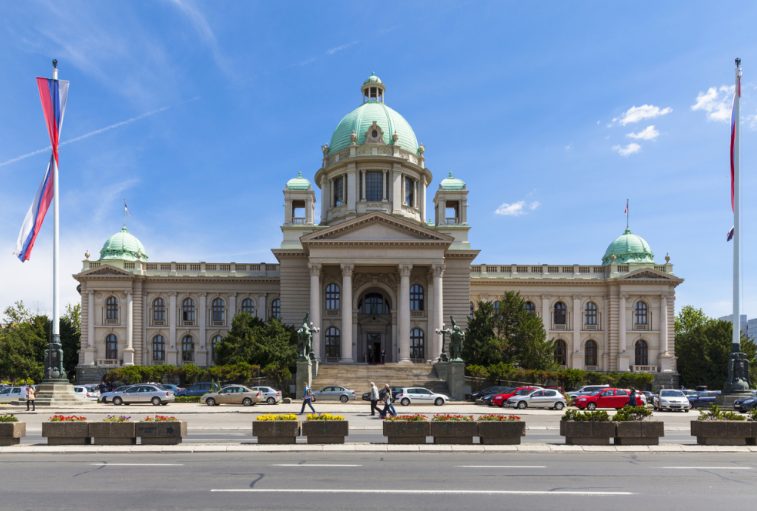 Following the end of the inter-party dialogue between the government and the pro-European opposition with European mediators to improve the election conditions, the Serbian government and MEPs appeared before the public satisfied with the agreement reached, unlike the opposition which rejected the document to improve the election conditions, MIA reports. Belgrade.

The government reached an agreement with MEPs on the establishment of a media oversight body, as well as a change in the composition of the Republic Election Commission, with the participation of members of the opposition.

- We accepted everything that the MEPs demanded. We were very constructive, said after the meeting the speaker of the Serbian Parliament, who led the inter-party dialogue.

"We have adopted measures that we consider feasible and could help create a climate of trust." said Vladimir Bilcik, a representative of the European Parliament.

Unlike them, the leader of the Dveri movement, Bosko Obradovic, said that "this is not an agreement with the opposition, this is an agreement exclusively between the government and MEPs."

- We were not left space to participate in the preparation of this final document and we were not consulted about it, he said.

- The parties that did not boycott the previous elections are expected to be delighted with this agreement, but those parties that boycotted them could not accept such cosmetic solutions, said Miroslav Aleksic from the People's Party (NS) after the end of the inter-party dialogue.

The Freedom and Justice Party (SSP), the Movement for Change, the Free Citizens' Movement (PSG) and the Democratic Party (DS) decided not to take part in today's talks, and as they told reporters, the government rejected all proposals in regarding the elections and the representation of the opposition in the media.

Dragan Djilas from the SSP said that the document offered by the MEPs was assessed as unacceptable because it did not offer concrete solutions or mechanisms.

Commenting on the withdrawal of these parties from the dialogue from Istanbul, Serbian President Aleksandar Vucic said that EP members mediating in the inter-party dialogue could see "who is hindering those processes and who does not want a compromise".

Authorities and MEPs said tonight that the public would soon have access to the document, adding that they were ready to do more if needed.

Plenkovic: We will not allow the standard of living of the citizens to fall due to the rising price of energy

Less infected in Serbia, but the death toll from Covid is rising