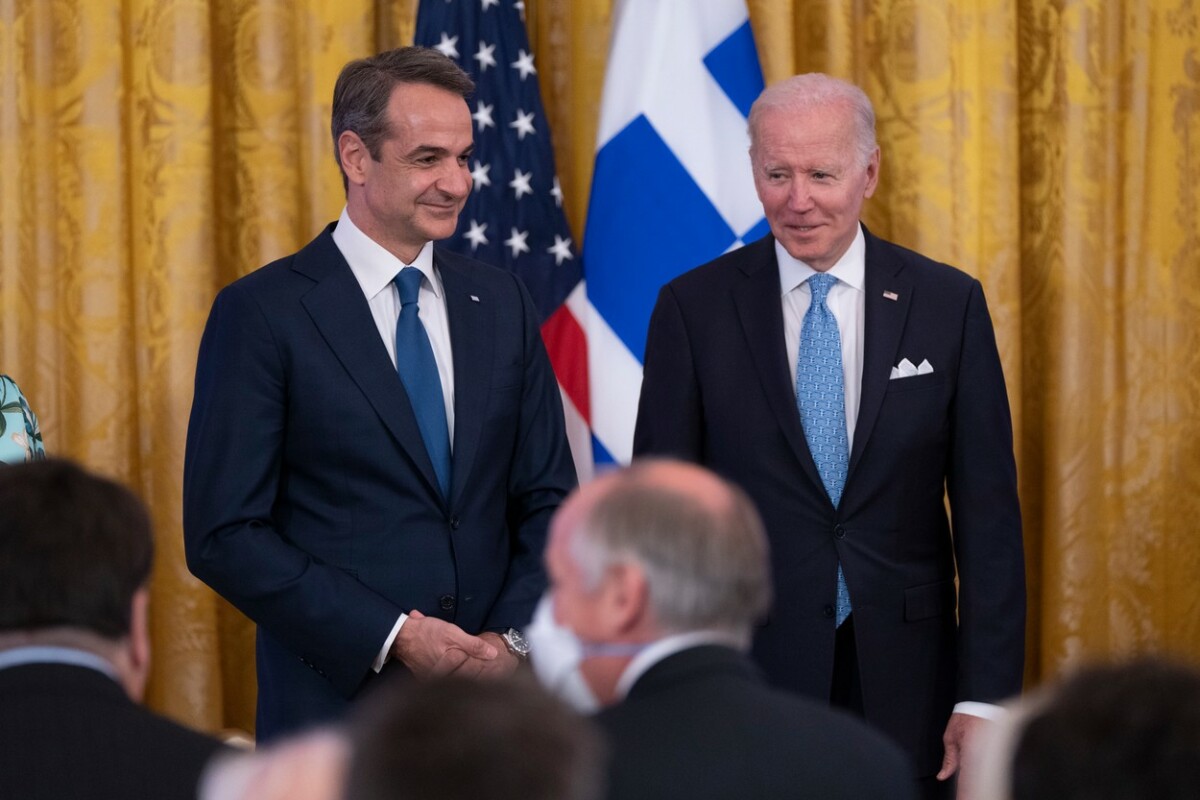 The Greek Prime Minister Kyriakos Mitsotakis on Monday confirmed that Greece is seeking to buy advanced US-made F-35 fighter jets and that a leading US defense contractor is trying to invest in the country's aerospace industry. Kathimerini.

"We will start the process of procuring a squadron of F-35 aircraft and we hope to be able to add this fantastic aircraft to the Greek Air Force before the end of this decade. "I am also happy that Lockheed Martin formally expressed his interest in this investment on Friday," Mitsotakis said at the opening of the reception after meeting with US President Joe Biden.

"Our two nations are working together on climate and energy, on trade and investment, on defense and disaster response, and more," Biden said in a speech at the White House Eastern Conference.

"It is no exaggeration to say that today our friendship and partnership and our alliance are closer and stronger than they have ever been," he said. "We had a great conversation. "And the dangerous part for all of you is that we like each other very much."

Biden also praised Greece's stance on the war in Ukraine, thanking Mitsotakis for "the moral courage and clarity you have shown since the beginning of this crisis: speaking out immediately to condemn Russia's aggression, welcoming Ukrainian refugees as a bulwark of security. for Eastern and Southeastern Europe and NATO's Mediterranean. "

"Together, we demonstrate the power and capacity of democracies to act in unison." And we help Ukrainians say "no" to Russian aggression. "We say 'no' to tyranny and the idea that autocracies will overtake democracies in the 21st century, because that is what I think is at stake here," he said.