Serbia mourns singer Marinko Rokvic who said before he died "I am not well, my family is by my side, please understand" 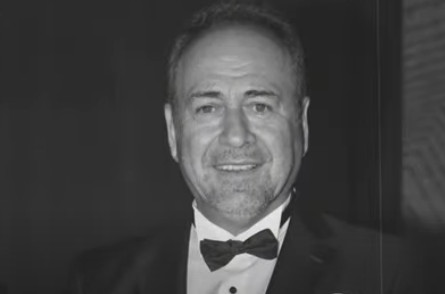 Singer Marinko Rokvic died at the age of 68 at the Clinical Center in Belgrade after battling a bacterium that attacked his body.

"Many invited me to perform, but I had to turn them down for health reasons. My wife is around me, my sons too. I am not able to tell you, I can hardly speak as you hear. "If you can, look for me after all this is over, sorry."

Last year, Marinko contracted the coronavirus and then had surgery. After the intervention, Marinko said that he was feeling well and that his wife was taking care of him.

His son, Nikola, made the statement for the first time since the news exploded like a bomb through the Serbian public.

"He died, I can not speak," said Nikola through tears. Before the illness happened, he only made a brief statement that his father is not good and they hope for the best, Serbian media reported.

On one occasion, he shared a retro photo of himself and Marinko on his Instagram account, on which he wrote:

"My hero from Rokvic's nobility", that's what it says on my phone! I have had many heroes in my life, Superman, Batman, but for me only one is real, my father. A hero who showed me and taught me many things… "

Besides Nikola, Marinko Rokvic has another son, Marko. Both sons followed in their father's footsteps and are successful in their careers as pop-folk musicians in Serbia.

In 2015, he gave a concert at Belgrade's Sava Center, marking 40 fruitful careers. In 2019, he received the Serbian Pop Music Award for Lifetime Achievement, awarded by the Union of Pop Music Artists in Serbia. He was a favorite in all the former Yugoslav republics as a sevdalinka performer. In 2015, she performed with our home group "Molika" on TV Grand, performing in a duet with the singer Aneta, the Macedonian folk hit "Kalino mome".

PHOTO | He replaced the stage with a village idyll: Ivana Banfic greeted the fans from the barn

Tijana Dapcevic will perform "Love, love forever" on "Beovizija": The singer in the race for the representative of Serbia at "Eurovision 2022"

PHOTO | Kim Kardashian without a gram of Photoshop: Enjoys the Bahamas like a mermaid out of water

Supermodel Bella Hadid reveals why she gave up alcohol: I could not control myself

If you enjoy watching marathon series, this may be a concern!

Nurse Reveals: Five Things People Who Are Deadly Complaining About

PHOTO | Mladen Vojicic-Tifa for Aki: He was a man who knew how to convey every emotion, I hope he is in a better place now