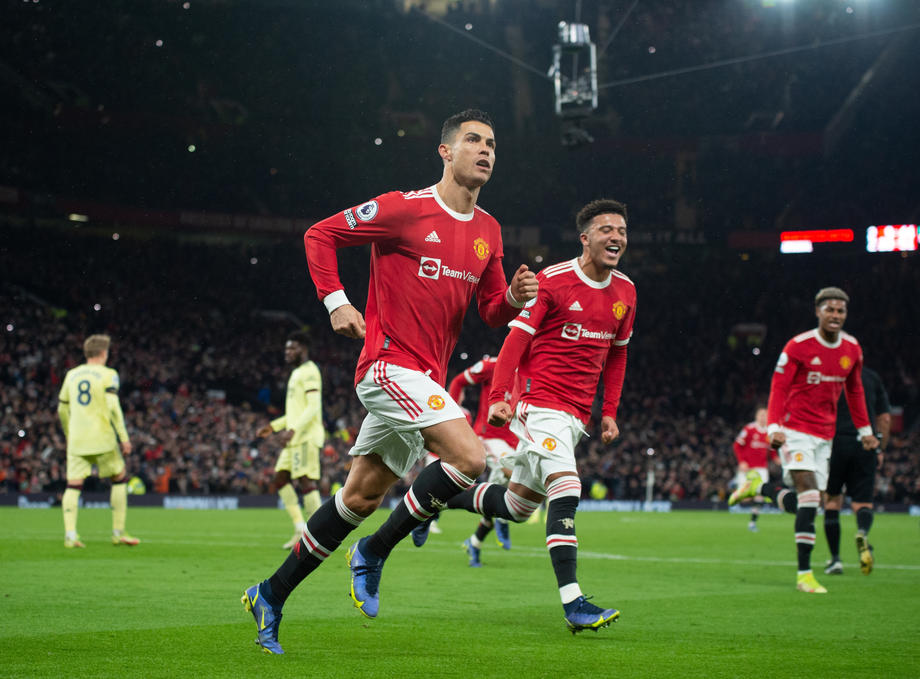 The players of Manchester United in the derby of the 14th round of the Premier League, in an incredibly exciting match, celebrated with 3: 2 over Arsenal.

The man of the decision was Cristiano Ronaldo who scored two goals and reached the number of 800 goals in his career.

This was also the first victory for Manchester United at home in almost two months and is an overture for the new manager, Ralph Rangnick.

The spectacle at Old Trafford started with a controversial Arsenal goal in the 13th minute. After the Arsenal corner, United player Fred inadvertently stepped on his goalkeeper David de Gea who remained lying on the goal line. The ball bounced off the action to Emis Smith Rowe who easily placed the ball in the net.

After the goal, the match was stopped and an offense was expected for De Gea, but the VAR video showed that he was injured by his teammate and the referee recognized the goal.

In the finish of the first part, United managed to equalize, Fred assisted Bruno Fernandez who routinely shook the net of the "gunners".

The second half was decided by Cristiano Ronaldo. First in the 52nd minute he scored 800 goals in his career and gave his team a 2: 1 lead.

The joy of the "red devils" lasted only two minutes because Martin Edegor managed to beat De Gea. The final result was set by Ronaldo in the 70th minute from the penalty spot.
After the victory, Manchester United is seventh in the table with 21 points, while Arsenal is fifth with two points more.