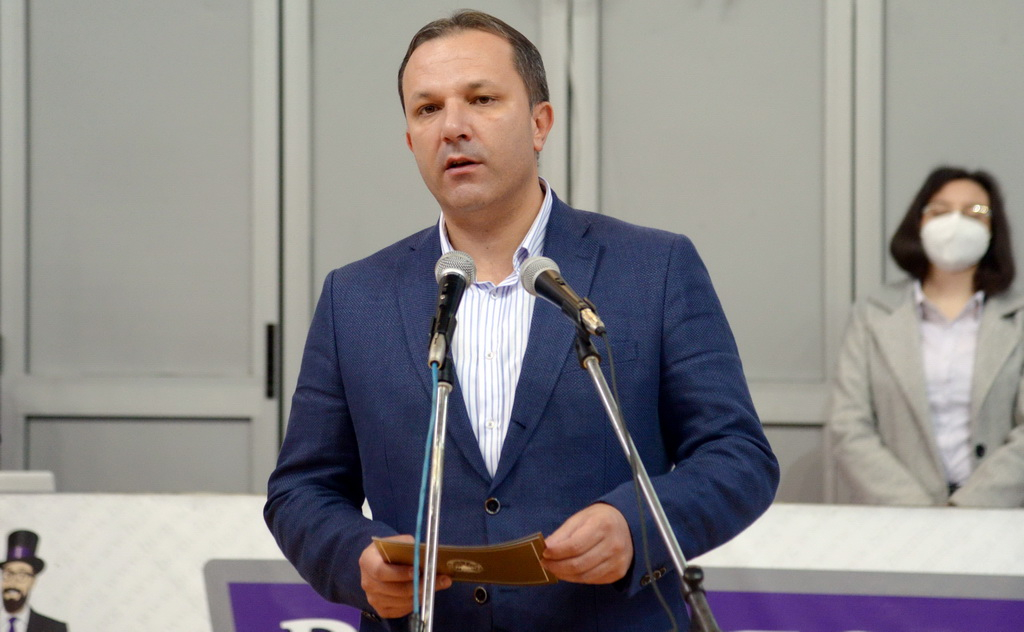 Oliver Spasovski / Photo: MIA
Ministry of Interior for the citizens - We continue !, announced the Minister of Interior Oliver Spasovski this morning on his official Facebook profile.
From 2017 to 2021, 70 MoI facilities were reconstructed, completely new uniforms for the special units, the Uniformed Police, the Department for protection of certain persons and facilities within the Public Security Bureau, the Helicopter Unit and the young police officers and trainees

- Three bonus salaries were paid for overtime work, serious success in the fight against illegal migration, illicit trafficking in drugs and weapons, increased road safety. The trust of the citizens in the Ministry of Interior has been restored, an established concept of police - service of the citizens. The Republic of Northern Macedonia is ranked as the safest country in the Western Balkans, with a jump from 71st to 40th place in this period, wrote Spasovski.

In 2022, announced Minister Spasovski, Mr.five percent salary increase for all employees in the Ministry of Interior, provided funds for bonus salary for more than 150 hours of overtime work in 2021, reconstruction of the Idrizovo Training Center, the Department of Civil Affairs in MRTV and the construction of the Aerodrom Police Station. Renovation of OVR Prilep, OVR Radovish, OVR Delchevo, OVR Berovo, OVR Karpos, the Department for protection of persons and buildings in Skopje, RCC Gazi Baba and OVR Sveti Nikole continues

- National Forensic Center - a new facility of the Department for forensic technical examinations and expertise. Project "Automated identification of fingerprints and palms" - a new laboratory equipment for Crimean technique. Modernization of the aircraft of the Department for Air Units of the Ministry of Interior, with the most modern communication equipment and firefighting equipment, Spasovski announced.

The Minister of Interior Spasovski announced that they will continue in 2022 until full compliance with the standards and norms of modern and quality European and world police practices.
#Macedonia #lead #Oliver Spasovski #mvr
Share
Video of the day