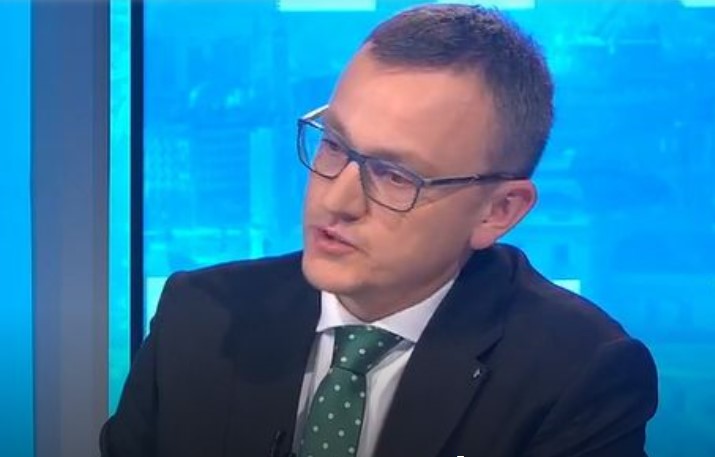 Professor and former MP, Aleksandar Spasenovski, says that the entire process with the status of the Macedonian Orthodox Church gained momentum with the decision of the Ecumenical Patriarchate from May 9.

According to him, merits for resolving the status of the church are in the Prespa Agreement, which in addition to NATO membership, has brought this benefit.

"The series of activities within the Orthodox Church related to the reporting of the Synod, the statements of the Ecumenical Patriarch, the letters from the Macedonian state leadership, the letters of the Ecumenical Patriarch to the SOC, etc. All these are a series of events that led to what we have today. However, we should be honest and say publicly that if we are to seek and find the benefits of concluding and signing the Prespa Agreement, which overcame the long-standing dispute between the Republic of Macedonia and the Republic of Greece over the constitutional name of our country ", apart from NATO membership, in that case it is undoubtedly what we are living, and it is related to the acquisition of the autocephalous status of the MOC", said Spasenovski in the show "Win-win" on Telma TV.

He believes that in the process between the SOC and the MOC-OA no one is asking each other to give up or accept something, and that the process is towards the MOC gaining autocephaly.

Bekteshi "buried" Stojanovski from DPMNE: "When I am not on the podium, you ask if there is any photovoltaic for VMRO"

Mickoski claims that the price of electricity will increase by 18 percent, announces protests

Kalevska-Vanceva: I was filmed by Jovancev from VMRO-DPMNE, I will ask him to apologize to me

Dimitrov: The French proposal rewards Bulgaria for the veto

"Free Press": Violence in the Parliament can not push the Government