Advisor to Zelensky: The war is at a dead end, we have reached a "dead end" 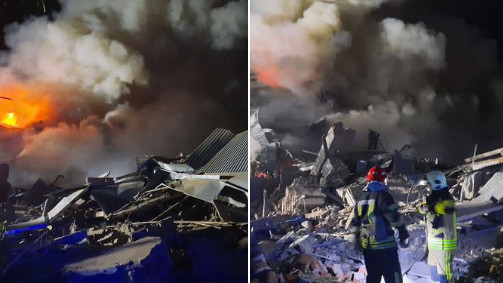 "Russian forces have made only minimal progress, and in some cases we have made progress since last month," he said, adding that "what we are seeing is a strategic stalemate."

According to his words, "the Russian Federation's stake in this war has increased."

In #Kharkiv, seven people died and 13 were injured as a result of a #Russian attack, reports the State Emergency Service. pic.twitter.com/m0E05w6yuC

According to the Institute for the Study of War (ISW), one of the best-known institutes analyzing the war in Ukraine, Russian forces continued to attack settlements southeast of Siversk without success and attempted "several unsuccessful attacks in tactically challenging forest areas near the Kharkiv region - Donetsk".

Ukraine's Defense Ministry said Russian forces were moving aircraft inside Crimea and out of range of Ukrainian forces following recent attacks on the peninsula.

"The Russians are urgently moving their planes and helicopters deep into the peninsula and to airfields in the Russian Federation following the recent attacks in Crimea. "The occupiers are implementing measures for the partial transfer of aviation equipment from advanced airports in Crimea to reserve airports and airports that are continuously located on the territory of the Russian Federation," the ministry said.