The owner broke her leg and walked with crutches: Her dog began to imitate her 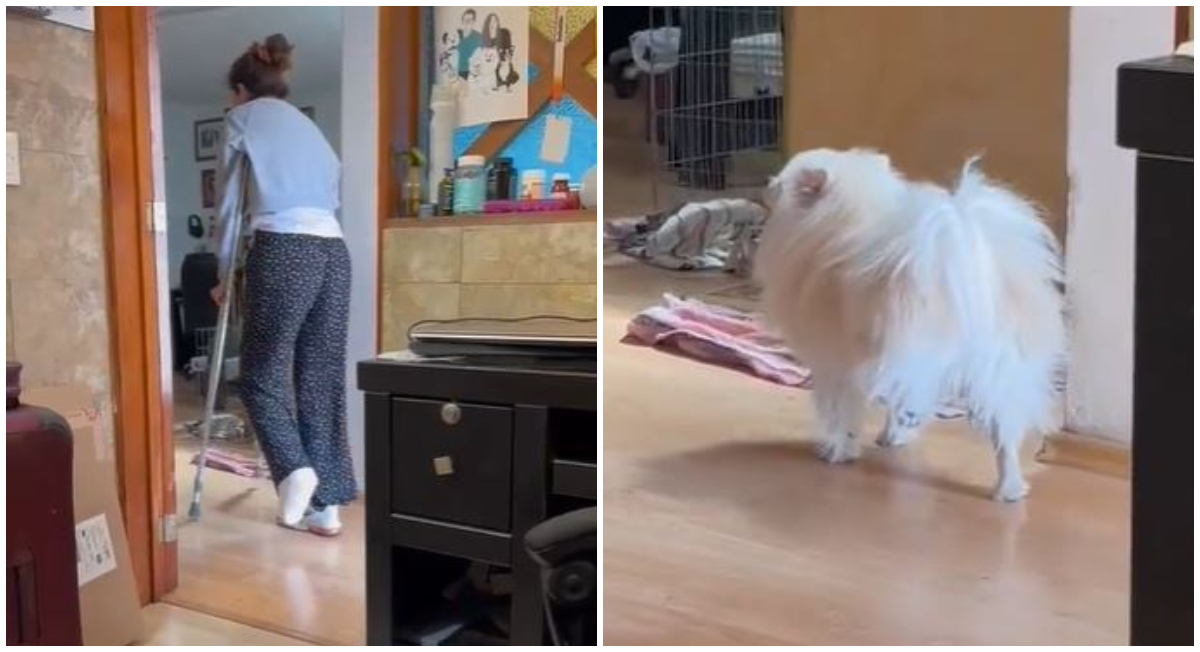 The owner of the dog Polo had an accident and broke her leg, and when her pet saw her walking around the house on crutches, he did something adorable.

Steph posted a video on TikTok in which Polo can be seen following his owner and mimicking her. He raises one paw in the air and pretends to limp.

"My father was the first to notice that Polo was limping. We checked his paw and realized everything was fine," she told The Dodo.

It appears Polo has decided to stop using his left leg until his owner recovers – which she took as a sign of solidarity and sympathy for her current condition.

"He only limps when he follows me," she explained. "In this way, he shows me that he loves me as much as I love him," she concluded.

Joke of the day: Burma