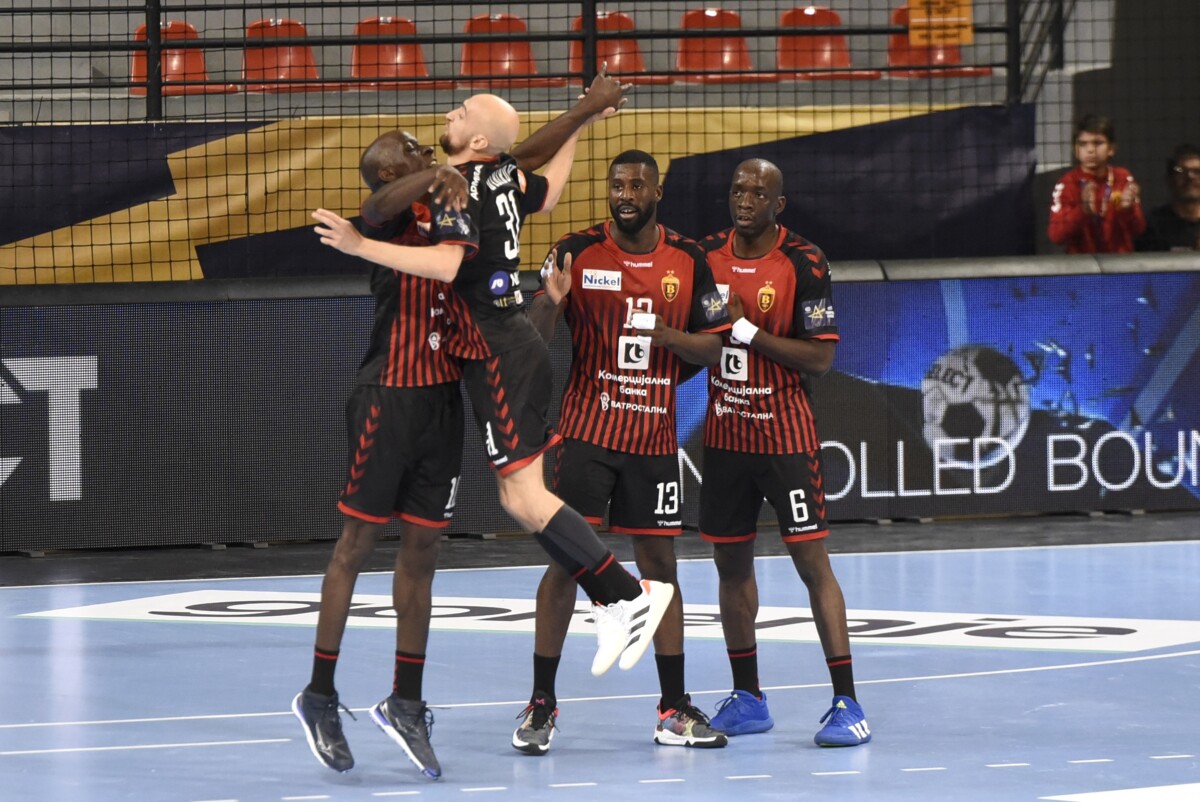 The handball players of Vardar achieved the first victory in the new season in the Champions League, after beating Meshkov Brest in the second round with 35:27.

The announcements of the coach Veselin Vujovi дека that Vardar is not Vardar without the fans, ie the Committees, were once again confirmed as correct. The support of the fans was not lacking, and the handball players repaid them with a victory.

After two rounds, Vardar has three points in Group A, after drawing with Elverum in the first round.
"The Red and Blacks "started the match well, Morales' goal in the first attack was an announcement for a good night for the handball players. On top of that, Martin Tomovski defended the first shot towards his goal.

The opening minutes belonged to Joel Morales who scored the first three goals for Vardar, and then Filip Taleski came on the scene who scored two goals in a row which gave the "red and blacks" an advantage of 6: 2.

The Belarusians tried to fight back through Kasparek who scored three goals in a row, and with the goal of the former Vardar player Stash Skube, Meshkov reduced to 7: 5.

The guests managed to maintain the negative from two goals until the 21st minute when Vardar with a series of 5: 1 from 11: 9 came to an advantage of 16:10 and with an identical advantage (19:13) went on vacation.
In the first half, Kevin Gjokas played great and scored four goals, as well as Dibirov and Morales who scored three goals each.

At the start of the second half, the game was played goal to goal, until the 37th minute when the referees excluded Jeremy Toto, and Meshkov reduced the deficit of seven goals (22:15) to only three (22:19). But, Stoilov scored for 23:19 in moments when Vardar had a player less on the field. Vardar then with the two quick goals of Dibirov and Morales again has a five goal advantage (25:20).

All attempts of the handball players of Meshkov Brest to return the result uncertainty with mini series of two goals, were rejected with the same measure on the opposite side. Ten minutes before the end of the match, Vardar with the two goals of Kevin Lokas and Toto, took the lead with 30:24, thus announcing the victory and by the end of the match the only unknown was with what difference the "red and blacks" will celebrate. In the end, Vardar won with 35:27.

Kevin Gjokas had a great game, scoring eight goals and once again showing that he will be a great asset for Vardar, and Morales and Tibirov scored five goals each, while Martin Tomovski had 10 saves on the goal. In the ranks of Meshov Brest, Kasparek scored six goals, and Skube and Jurinok scored five goals each.

Next week, Vardar will play again at home, in the third round in SC Jane Sandanski comes the European runner-up Aalborg.