Snow trapped 60 people in a British pub for three days: We are great and we do not want to leave! 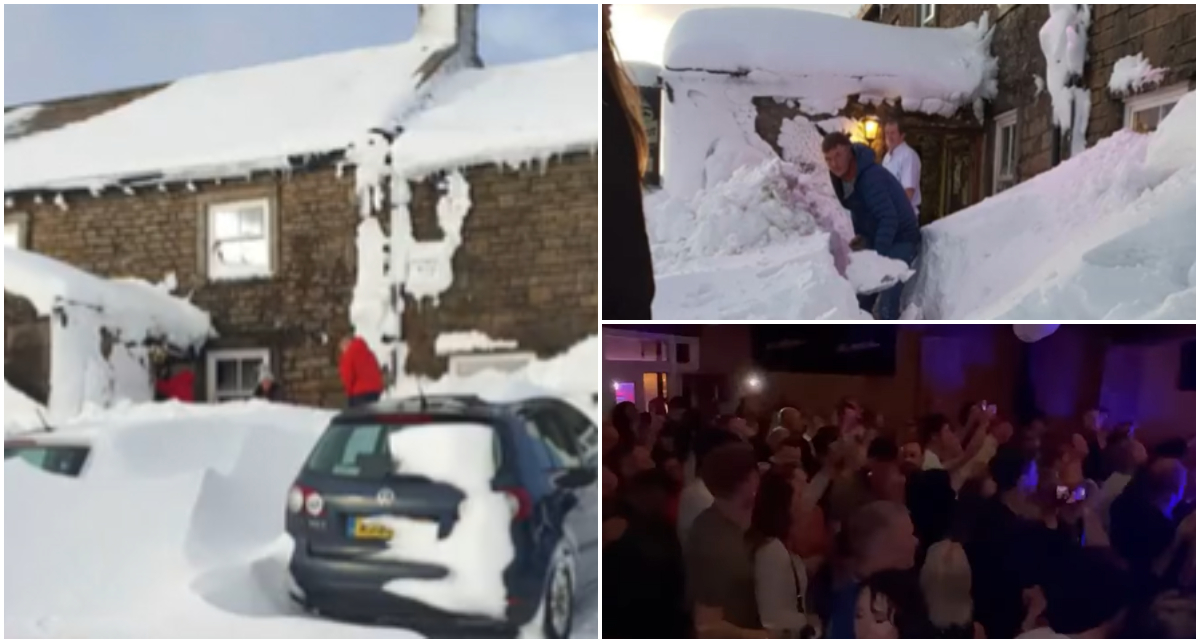 People trapped in a pub in Britain / Photo Twitter Screenshot

More than 60 people were trapped in a British pub in Tan Hill Inn in the Yorkshire Dale Mountains on Friday night.

Namely, the hotel was covered with about three meters of snow, and the staff and guests spent three nights in a row in the pub, cut off from the rest of the world due to Hurricane Arven.

Many slept on the floor, but some admitted that they did not want to leave. There is no shortage of food and drink, and guests have found several ways to have fun, watch movies, do quizzes and play various games.

Dozens of customers at Britain's highest pub have been trapped by heavy snowfall brought by Storm Arwen since Friday night.

Guests became stranded at the Tan Hill Inn, in the Yorkshire Dales, on Friday after going to watch an Oasis tribute band. pic.twitter.com/9SP12toPQs

And while tens of thousands of homes in Britain have been left without electricity, the pub people are having a good time.

We are very nice and everyone is in a good mood. There is a really good atmosphere. We made friends, we are all like a big family, that is the best way to describe what is happening to us, said Nikola Townsend (51), who hopes that after they are released, everyone will stay in touch.

Yesterday, the pub organized a traditional lunch before guests and staff decorated the bar for Christmas and prepared for a karaoke night.

In the meantime, a tunnel has been dug at the pub's front door, but the surrounding roads are still not fully passable due to broken power cables.

Hurricane Arven has claimed three lives so far, and winds of up to 160 kilometers per hour have wreaked havoc, damaging buildings and disrupting roads and railways, leaving at least 450.000 homes without electricity.

Germany sends 5.000 helmets to Ukraine, Klitschko furious: What will they send us next, pillows?