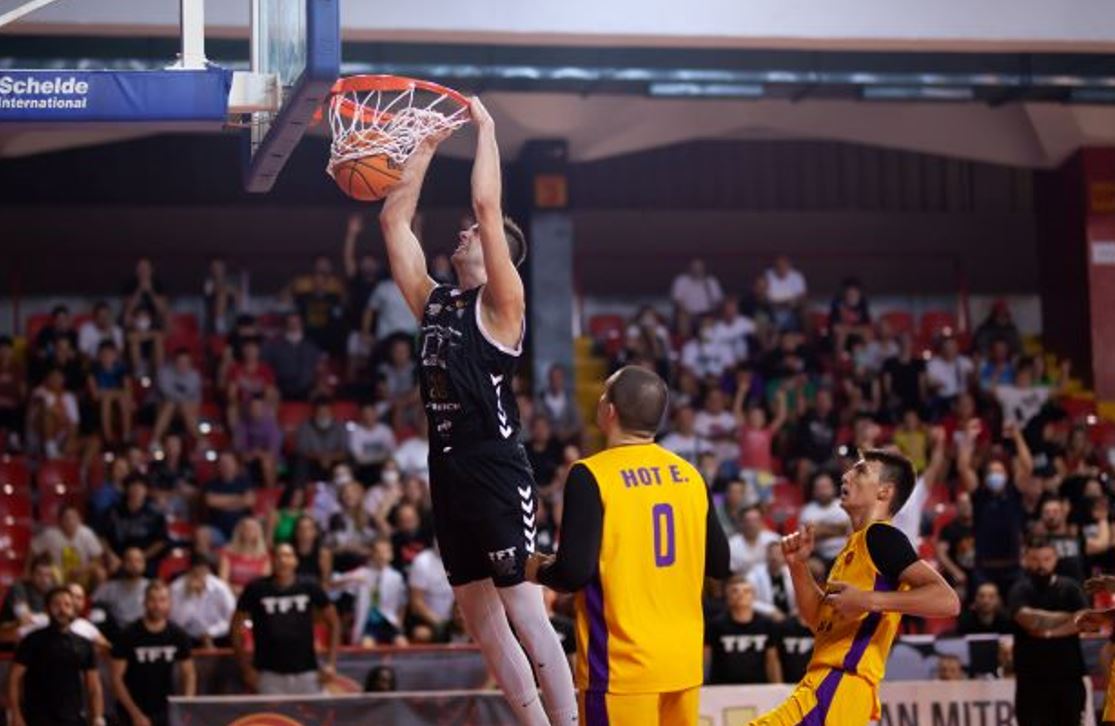 TFT basketball players attack a "hat-trick" in the First Macedonian League, their next rival is KK Kumanovo 2009 / Photo: kfsm.mk

Four matches from this third round of matches in the First Macedonian League are on the schedule of Saturday's program. The other two will be played on Monday, of course, due to the obligations that our two representatives in the ABA2 league, the teams of MZT Skopje Aerodrom and Pelister, had during this week.

The duel between the two teams Kumanovo 2009 and TFT, which last year and this season, are the Macedonian representatives in the Balkan League, but also "went out" in Europe, will be perhaps the most exciting in Saturday's program. With a remark that the guests from Skopje have the maximum, and Kumanovo has a half effect after the two rounds of the championship so far.

TFT coach Boro Smilkovski wants to take advantage of all the weaknesses of the opponent recorded in the past period:

- A difficult match awaits us in Kumanovo, a match that will be decided by the details in the game. After the defeat by the FMP Academy within the BIBL league, the team from Kumanovo is under a kind of imperative to win, while after the two introductory victories we feel pressure for the result, but we feel the responsibility to be the best version of ourselves. Ready, focused, with good energy and atmosphere in the team we go to give our best - said Smilkovski.