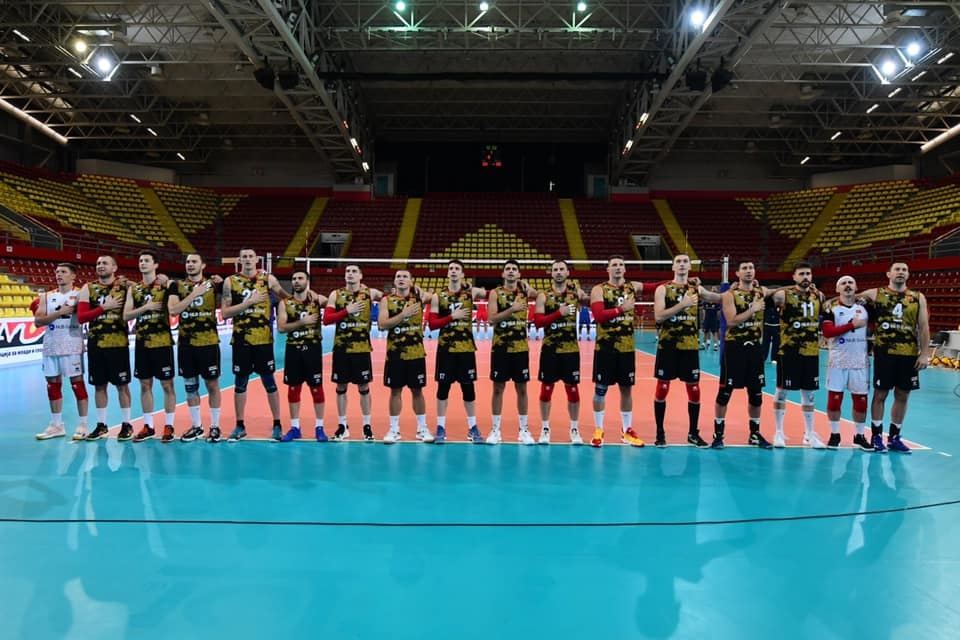 Tampere is in the past, European Championship 2023 should be the "crown" of this great generation / Photo: Macedonian Volleyball Federation

Today ended the 45th edition of the traditional volleyball memorial tournament "Branko Hadziiljoski - Chajka", in the final battle for the trophy, the Macedonian senior national team lost to Slovakia 1: 3.

The Slovaks, who are also participants in the upcoming European Championship, proved to be quite strong opponents and finally came to the trophy with two victories, after previously beating Montenegro 3-0.

For the selected players of the coach Dusko Nikolic, after the initial triumph over the Montenegrins (3: 1), they lost today's battle, but it was certainly a great test of the possibilities before the performance of the continental gathering that will start on September 1 in group "C" against one of hosts the EP, Finland, in Tampere.

At the "Chaika" tournament, Macedonia was supposed to have another control match against Israel, but this selection canceled its performance in SC "Boris Trajkovski" due to positive cases of covid-19 in its composition.

In today's duel, Slovakia won the first set with 25:17, so we managed to equalize at 25:21. In the third set we had a good opportunity to take the lead with 2: 1, the scoreboard was high 17: 9 for us, and instead of using this important moment, a big turnaround was allowed to the guests who in the end with 25:22 were better than the third set, and with the same result they won the fourth.

VIDEO: Nadal is the first finalist of the "Australian Open"

Sport has officially become a sport in Macedonia

The pool in SC "Boris Trajkovski" from tomorrow continues to work